Musk shares video of Cybertruck window NOT breaking during demo 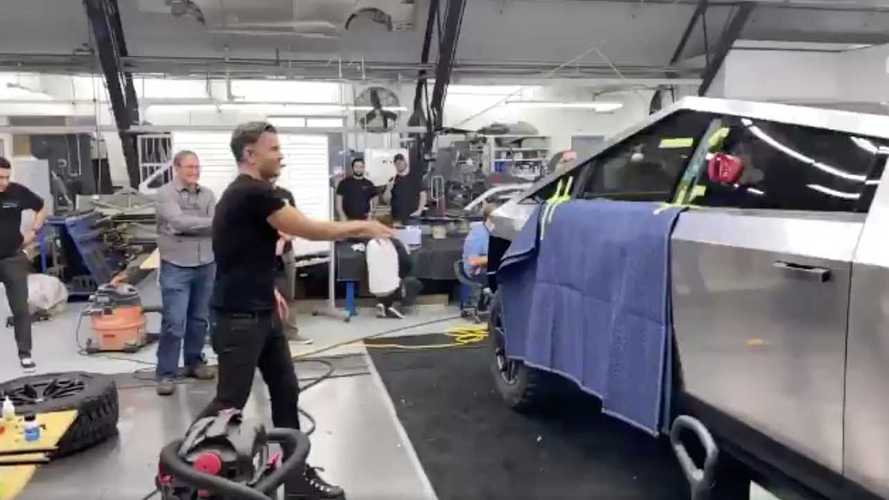 Imagine what he felt when the windows broke during the actual event.

The design of the Tesla Cybertruck was interesting, at best, but the biggest blunder during its reveal wasn't about the electric pickup truck's deviant styling – it's when the windows broke when they weren't supposed to, during the live window strength demo.

To recap, the Cybertruck boasts a steel alloy skin that is said to resist dents, scratches, and yes, even 9mm bullets. It's the same metal used to on the SpaceX Starship. Apart from that, the windows are supposed to be extremely strong, too.

But that last bit went awry as the windows broke during its strength demo on stage – which shouldn't be the case, as you might suspect. Musk's latest tweet shows what should have happened during the demo.

Everything about the new Tesla Cybertruck:

Check out how it feels to ride in the Tesla Cybertruck
⠀

To be fair, Musk is pretty optimistic about the incident based on his tweet above, despite the flak that Tesla received after failing an on-stage demonstration. We could only imagine what he felt that night, thinking that everything should work just fine after seeing this off-stage trial. Well, that's just the way it is, especially if you're doing something live.

Beyond the outrageous design and the shattering on-stage incident, the Cybertruck is a promising electric pickup truck on paper. It has a maximum range of 500 miles, plus its top-spec variant should be able to sprint from zilch to 60 miles per hour in just 2.9 seconds. It also has a 3,500-pound (1,588-kg) payload capacity and the capability to tow up to 14,000 pounds (6,350 kg).

Tesla is expected to deliver entry-level Cybertruck units by the end of 2021. Until then, there is much to know about Tesla's newest creation, including whether the production version will still carry the polarising design or not.