Hamilton can learn from 'gloves off' Brazilian GP 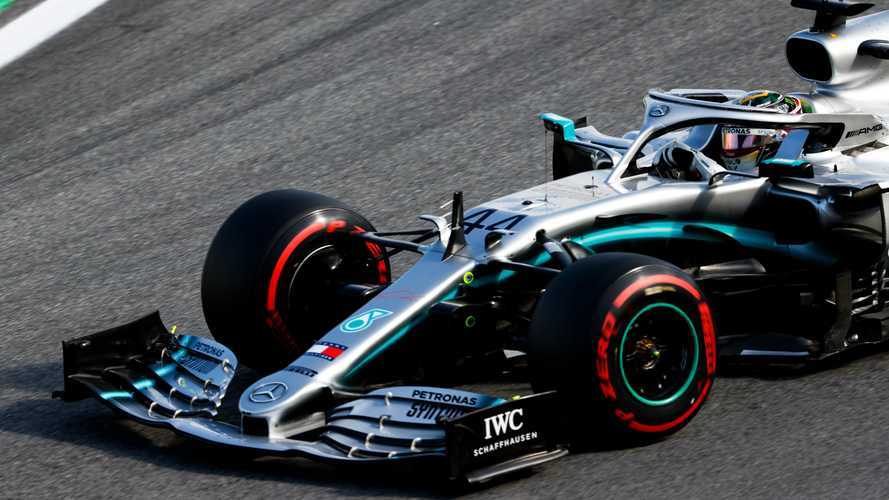 World champion Lewis Hamilton says his Brazilian Grand Prix woes were an important learning exercise for him in experiencing what it is like to race in Formula 1 with ‘the gloves off.’

Hamilton endured a tough time in Interlagos as he battled Max Verstappen for victory, and eventually lost a podium finish when he was penalised for a collision with Red Bull’s Alex Albon on the penultimate lap.

Having made no secret of the fact that the collision was his fault, Hamilton says that his approach to Brazil was an eye opener for him in what it is like to race in a different way thanks to the world championship title having been sealed.

“When you look at the last race, my gloves were off,” said Hamilton during an appearance at the Gran Turismo World Finals in Monaco.

“If that was a championship race, I would have just finished second. A pretty, pretty chilled in second and bag the points.

“So of course you have the balance of knowing when to push for it. And that was the first race really this year that I could really push like that - go over the edge and see see how it is.

Hamilton says that he has been working extra hard to lift his game in all areas, in his bid to become the greatest driver he can in F1.

“There are drivers who have grown up and are very quick in practice but weren't particularly good in the race,” he said reflecting on driver qualities.

“There are drivers you see even today that crash a lot of the races, and make a lot of mistakes, but they've actually got a good pace over a single lap if they can keep it together.

"And there are some drivers which are good on the brakes and then some guys are better at saving their tyres.

“Of course you want to be an all round. I'm always working being the all around greatest I can be - the greatest driver. And so that's a large group of things."

Hamilton said that the quest to be the best was reset every year, as he focused on the factors that can make him stand above the rest.

“When you're a F1 driver that's a lot about the communication routine. It's, can I be the first one to get on top of the tyres in a season? Can I be the one to lead this car and help the design team design it in the right direction? I get involved in the background stuff.

“If it's just for the driving side of things, I'm always searching for perfection, always trying to improve. And for me, over the years, I've learned different styles of driving.

“Each corner is different and you have to grab on to these different techniques you are using. It's not just one technique through the whole lap.

"So practice really makes perfect I think. And the exercise of trying too much, or trying too little, is a whole part of the process.”