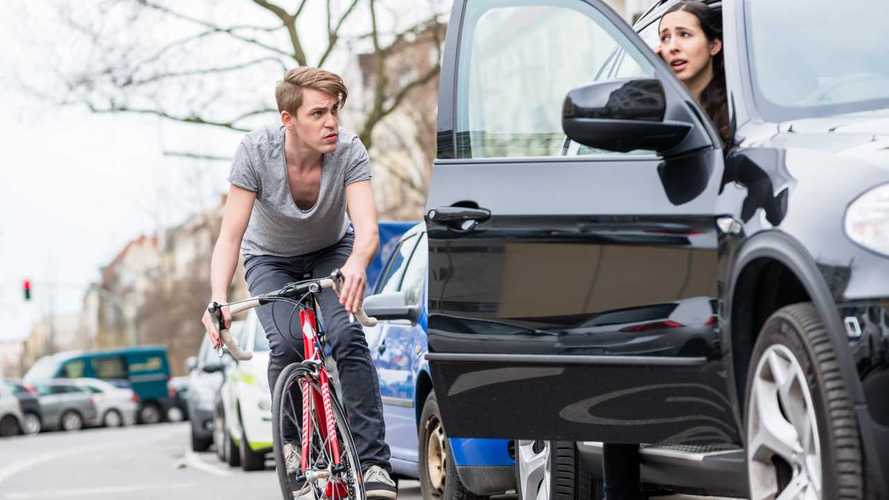 The door-opening technique is designed to improve road safety.

The majority of drivers are unaware of the ‘Dutch reach’ method of opening a car door, despite a government pledge to make it part of the Highway Code, new research has shown.

A study of more than 17,000 motorists by the AA Charitable Trust found that 71 percent of women and 58 percent of men had “never heard” of the Dutch reach, which is designed to make opening car doors safer. By using the hand farthest from the door - the left hand, in the case of the driver of a UK-spec right-hand-drive car - the method forces you to turn your body and allows you to see whether anything is coming before opening the door.

In particular, the method is designed to reduce the number of ‘car-dooring’ incidents, to which cyclists are particularly susceptible. However, the technique is also useful in stopping accidents with other vehicles - for example when parking on streets. Department for Transport (DfT) figures showed eight people died and 3,108 were injured as a result of car-dooring incidents between 2011 and 2015.

The method is expected to go into the Highway Code as part of a series of updates scheduled for next year, but the AA Charitable Trust’s research suggests drivers are often unaware it exists. However, the study found once drivers were introduced to the door-opening procedure, the majority were in favour of teaching it to drivers.

Almost two-thirds of women surveyed (65 percent) said they thought the method should be taught as part of driving lessons, while 60 percent of men said the same. Londoners were particularly in favour of the method being taught, with 68 percent of those in the capital supporting the idea. In contrast, the technique had least support in Yorkshire and Humberside, although more than half of drivers there (57 percent) still said it should be taught.

“Harmony between different road users should be the goal for everyone,” said Edmund King, director of the AA Charitable Trust. “It’s making a simple change to the way you open a car door can have a significant impact on the safety of those on two wheels. We already teach all our AA and BSM driving instructors this technique and hope others will also adopt it.

“Using the Dutch Reach is straightforward – simply open your car door with the hand that is furthest from the door. It will force you to turn, enabling you to very quickly check if a cyclist or motorcyclist is approaching. It’s really just down to habit – and it’s a habit we should be trying to adopt. Putting it into the Highway Code will help to get it into the minds of car drivers and passengers.”

Meanwhile Sarah Rees, managing director of AA Driving School, said driving instructors had the power to make the roads safer by teaching the Dutch reach long before it goes into the Highway Code.

“Driving instructors’ unique position means they can help improve road safety for everyone by shaping the skills and behaviours of new drivers,” she said. “By ensuring we train them to deliver the most up-to-date techniques, we can be sure they are passing their expert knowledge on to pupils.Using the ‘Dutch Reach’ is a great way for drivers and passengers to reduce the risk to those on two wheels.”