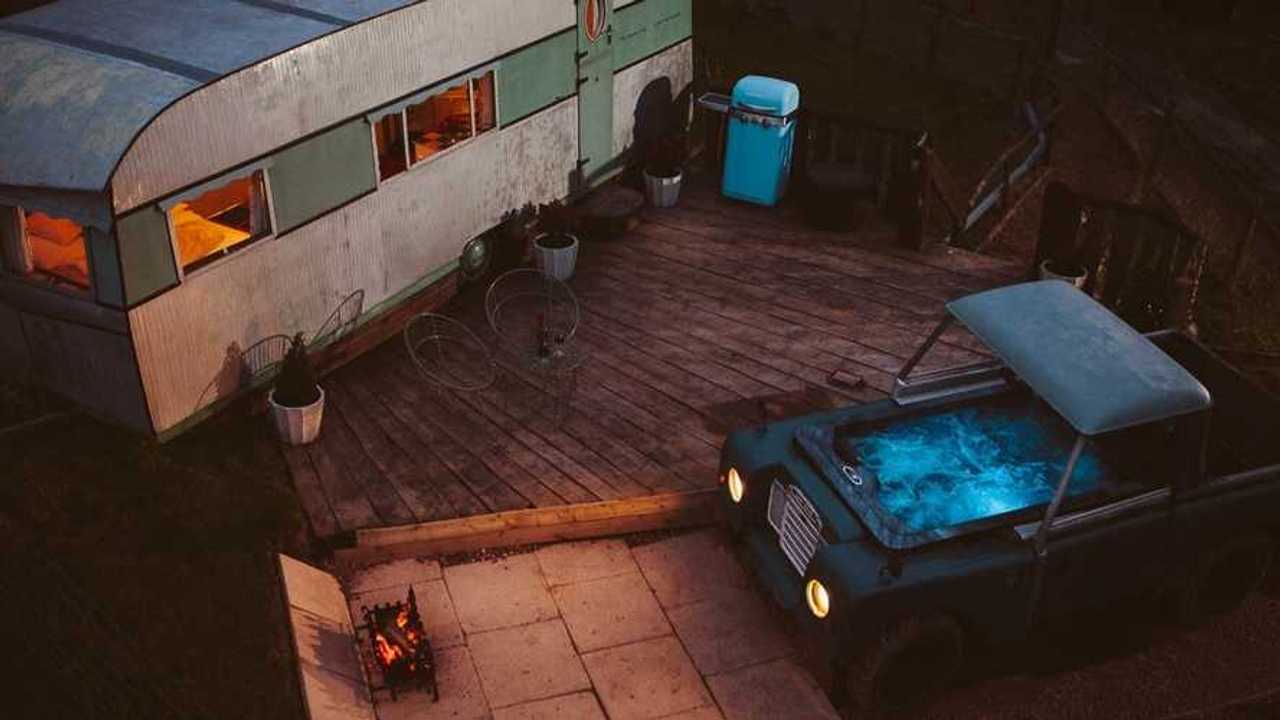 The old Landie has found a second life as a holiday let's hot tub.

We all love a classic Series Land Rover - especially one that’s been knocked about a bit - but they seem to have had the hipster treatment of late. In their retirement, tatty old Landies seem to get turned into craft ale bars or start-up office desks. We’ve never heard of one being turned into a hot tub, though. Until now.

Land Rover Defender camper can really do it all

As was reported by TinyHouseTalk.com, an Airbnb rental in a North Devon village combines a caravan and a Land Rover for possibly the ultimate Landie lover’s glamping site. The let in High Bickington, near Barnstaple, uses an old caravan as living quarters, while a down-at-heel Landie homes the hot tub.

The classic pick-up, thought to be a late Series IIA or a Series III - it’s difficult to tell without looking at chassis numbers - has had its engine and interior stripped out to house the hot tub, which sits partly beneath the canopy and stretches out towards the front.

The car looks a bit bruised from its ordeal, but sitting alongside the old-school caravan among the rolling hills, it looks at home. And, ironically, it probably has a better heater now than it did when it was on the road.

Aside from the classic car at the other side of the decking, the Airbnb ad for the let suggests visitors can enjoy “beautiful panoramic views”. The advert for the rental, dubbed the Bluebird Penthouse, says there’s a “charming” 1950s vintage interior with a “touch of luxury”. More concrete features include a double bed, bath, shower, toilet, cooker, fridge and central heating. There’s also outdoor seating, a gas BBQ, chimnea/fire and wine cellar, plus the hot tub.

Guests seem to love it, with a 4.93 rating on Airbnb making it pretty much as good as they get. The let scored five out of a possible five for check-in, as well as 4.9 for communication, location, accuracy and cleanliness. Only the value rating was low in comparison, but it still scored 4.7 out of five.

Rates for holiday lets are obviously subject to change depending on when you book, but there’s only a one-night minimum stay, and although there’s currently one date available next week, longer bookings are available from December. The first completely clear month in the calendar, though, is April. We found a seven-night stay for two in April cost £780 including fees, although there was a discount for booking a whole week.