Converting mainstream automobiles into campers isn’t a new trend. Companies have been turning vans, trucks, and SUVs into weekend getaway machines for years. Mercedes campervan conversions began 35 years ago with the Marco Polo, based initially on the Mercedes 209 D that was then referred to as the Bremer Transporter. Mercedes is celebrating the anniversary with a special model called the ArtVenture.

Mercedes has made various Marco Polo models over the years, and it's still going strong. The automaker released an updated version of this model for 2019, emphasising its small size and its big focus on quality. It comes with all the staples like seating, a bed, sink, and stove. However, there isn't a toilet or shower. Then again, fitting a shower into the small footprint of a van never made much sense.

For the time, the original Marco Polo packed a lot of the amenities you'll find in today's model. It featured a double bed, rear bench seat, swivelling driver and front-passenger seats, sink, stove, and a fridge. Power came from an 88-bhp five-cylinder diesel engine making 127 pound-feet of torque with a top speed of 75 miles per hour. It's a time capsule.

Check out other brilliant campers: 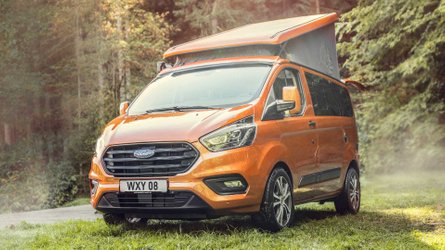 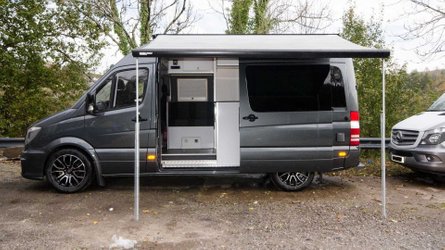 This bespoke Mercedes Sprinter is the Audi of campervans

The ArtVenture, though, takes the iconic model and modernises it for today's consumer. It has all the features you'd expect – many of which are the same as they were 35 years – and adds the latest technologies and features you'll need. It has one fewer cylinder, but more power from its 2.0-litre diesel that makes 236 bhp and 369 pound-feet of torque. The top speed is 134 mph.

Camper vans are fun, popular getaway vehicles for those not looking for a luxurious home away from home. Instead, it's perfect for an overnight stay, providing just enough amenities for a short stay away from civilisation. You can order one now in the UK for £52,405.

Stuttgart. 35 years ago, a Venetian explorer's name became the eponym for compact camper vans sporting a three-pointed star: in 1984, the first Marco Polo celebrated its world  premiere. In line with this anniversary, Mercedes-Benz is now launching a special model, called ArtVenture, onto the market. The ArtVenture with its aquamarine highlights can soon be ordered for a list price starting at 44,590 euros in Germany (incl. 19 percent VAT).

The first Marco Polo: a travel companion in Bahamas beige

The first Marco Polo was based on the Mercedes-Benz 209 D – a van commonly referred to as the "Bremer Transporter". Its characteristic features included a short bonnet and Bahamas beige paintwork which, in the 1980s, was seen as an especially modern touch, as too was its equally beige-brown interior. It was powered by the OM 617 engine. Its five cylinders and 88 hp made a top speed of 120 km/h possible.

It also delivered 172 Nm of torque. This made for quite a dynamic overall package at the time. With a vehicle width of 1.98 m and a turning circle measuring 10.9 m, the first Marco Polo was easily manoeuvrable, even in city centres. Despite its compact floorplan, the camper van provided a great deal of living comfort, with a double bed in the high roof, a bench seat berth in the rear, swivelling driver and front-passenger seats, as well as a kitchenette with kitchen sink, two gas burners and a fridge. The fridge could either be powered by gas, the 12-volt on-board electrical system, or an external 220-volt electrical connection.

Mercedes-Benz has remained true to this vehicle concept of associating style, comfort, functionality and dynamism right through to the present day.

More than three decades of the Marco Polo: from the "Bremer Transporter" to the V-Class

The conversion of Mercedes-Benz vans into Marco Polo models has been carried out since 1984 by Westfalia, the long-standing bodybuilder for motorhomes from Rheda-Wiedenbrück, Germany. Since 2014, the Marco Polo has been available in its current version based on the V-Class. And only this year a facelift was introduced.