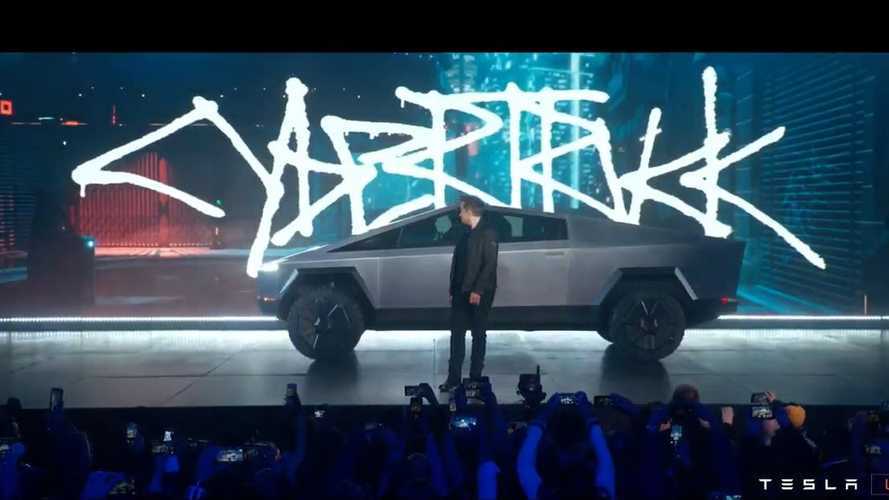 Surrounded by iconic vehicles from Hollywood's Sci-Fi history such as Blade Runner and Back to the Future, Tesla unveiled its interpretation of a sci-fi-themed electric pickup this evening in Southern California, and it's called the Cybertruck. There's something very different about this machine versus all those others, however. This isn't science fiction – it's fact. And it's slated to hit dealerships sooner than you might expect.

And its name was Cybertruck:

There's absolutely no mistaking this truck for anything else on the road. Its body is comprised of a steel alloy that Musk says is dent-resistant, scratch-resistant, and per a demo onsite at the reveal, sledgehammer proof as well. In fact, he also says the Cybertruck is bulletproof to 9mm shells, and the glass is also said to be strong, though not quite as strong as Musk apparently hoped, as the Cybertruck's glass did shatter rather spectacularly on stage.

So yeah, the body is pretty strong, but what about stats? Musk tossed some serious numbers out for the unconventional pickup, not the least of which being 0-60 mph in just 2.9 seconds for the highest-performance all-wheel-drive model. That machine will also turn a quarter-mile in 10.8 seconds, and it's said to "corner like it's on rails."

At first glance, that might seem rather impossible, but the Cybertruck rides on an adaptive air suspension setup that can give the truck as much as 40 centimetres of ground clearance, or lower it down for on-road use. The suspension can also be used in a load mode to hunker down just at the rear, allowing for toys like Tesla's nifty ATV (which also made its unsuspecting debut at the event) much easier.

The official reveal of this unusual pickup truck just wrapped up, and we have boots on the ground at Tesla's event. Stick with us as we update this post with new information as it becomes available.