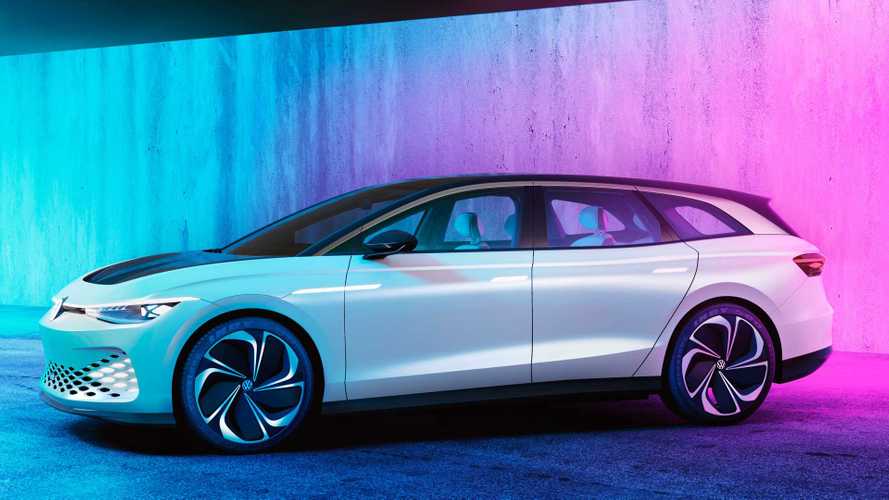 The kit may hurt the model’s driving range, but only slightly.

The Volkswagen ID. Space Vizzion concept will enter the market in 2022, according to Scott Keogh, CEO and president of Volkswagen Group of America. But the ID. Space Vizzion may not reach showrooms looking quite like the vehicle VW showed off at the 2019 Los Angeles Auto Show. That’s because Keogh said the company is still looking at “different iterations” of the handsome, battery-electric estate.

Notably, markets may receive a tougher, Alltrack-like variant of the vehicle. Expect such a model to sport bigger wheels and tyres, additional body cladding, and a set of roof racks. Of course, these features might negatively affect the ID. Space Vizzion’s Toyota Prius-like 0.24 coefficient of drag and Keogh admitted such items may lead to “some compromises to [the ID. Space Vizzion's] range.”

The ID. Space Vizzion concept Volkswagen displayed sports an 82-kilowatt-hour battery pack that affords a driving range of 300 miles and feeds electricity to a rear-mounted 275-bhp electric motor. An Alltrack-like model, however, may drop that figure below the 300-mile threshold.

That said, Volkswagen isn’t done toying with the battery-electric estate's exterior details. Specifically, Keogh noted the company may add more rake to the concept’s C-pillar shape. Such a design change wouldn’t just alter the look of the ID. Space Vizzion, it may also “get a little more [driving range] out of it,” per Keogh.

VW ID.3 electric motor is so compact it fits in a sports bag

One thing is certain, though: Volkswagen will sell a battery-electric station wagon in the U.S. during the early part of the upcoming decade. That’s news we never expected to report.