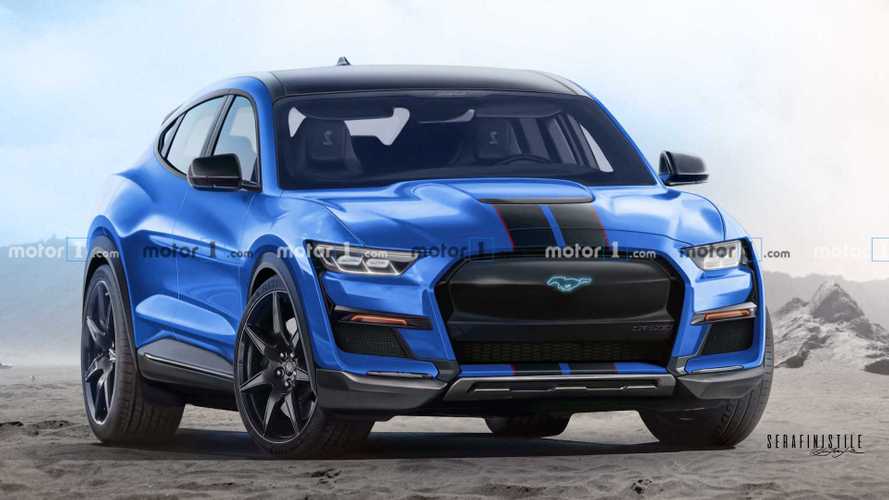 When Ford launched the Mustang Mach-E, we were already prepared with a set of exclusive renderings depicting a possible Shelby variant. We couldn’t resist poking some fun – brandishing a four-door electric crossover with the Mustang badge is controversial enough, but would Ford really offer a Shelby version? A new report from Evo strongly suggests a Mach-E Shelby might actually happen.

Before we go further, know that we did contact Ford directly about this because even rumours about a Mach-E Shelby threaten the fabric of space-time. These aren’t fuzzy rumours, however – the Evo report credits Ford Performance Chief Program Engineer Ed Krenz as talking at length about a Mach-E Shelby, specifically that he is “looking forward to the challenge of applying the Shelby characteristics to an electric car.”

Beyond that, he reportedly said it “needs to be capable to go all day on a track day.” The context of the discussion seemed to indicate he was referencing charging capability as opposed to mechanical reliability, but still, these are things even the current crop of dedicated EV supercars can’t handle just yet. In other words, such a Mach-E Shelby isn’t likely anytime soon.

Speaking of which, back to the official word we received from a Ford spokesperson about this report.

With Mustang there is always opportunity for performance variants. Right now it’s the Shelby GT500 just now hitting dealerships and following that the all-new electric Mustang Mach-E SUV next year. It’s premature to speculate beyond those two new members of the Mustang lineup.

In other words, there’s no confirmation or denial from Ford regarding a Mach-E Shelby. We pressed the issue to see if Ford could at least confirm or deny Krenz made such statements, but thus far we haven’t received a reply.

We’ve only just been introduced to the first Mustang that isn’t a two-door pony car, but already its name has filled the enthusiast community with hatred. A petition to officially change the name is quickly gathering signatures, but is the controversy warranted? The Mach-E is literally less than a week old – certainly nobody outside of Ford has even driven it yet, though we did get seat time in the passenger seat and were rather impressed with it all. It's quite possible this crossover could actually be a very good vehicle that is, in fact, fun to drive.

But is it a Mustang, and could it ever be a Shelby? Those are two very good questions.