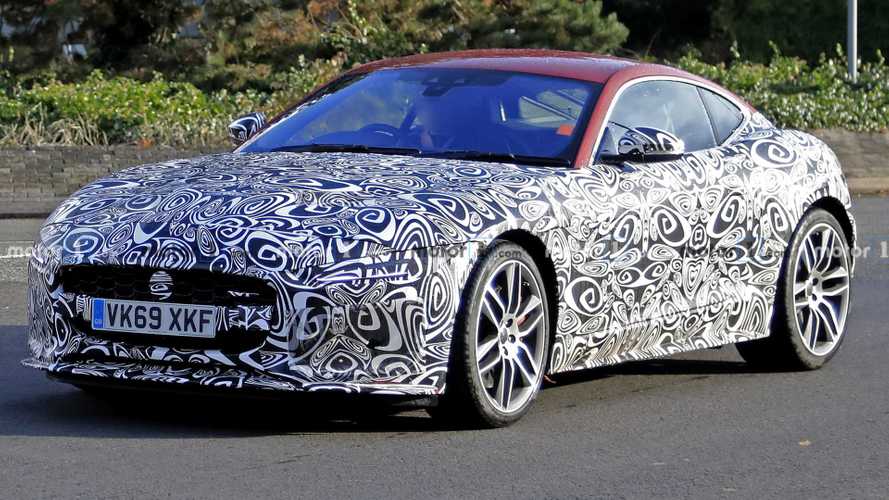 The changes look more significant than from the average model refresh.

The Jaguar F-Type has a refresh coming that appears to bring major styling revisions to the sports car. These spy shots catch the development of both the updated coupe and convertible.

The resculpted front end features new headlights that sit horizontally, rather than the current orientation where they run up the wings. The nose has smoother sculpting, which also appears to make the grille sit lower on the face. The bonnet seems to have some subtle undulations to lend some visual distinction there.

Facelifted Jaguar F-Type spied on video screaming at the Nürburgring

The tweaks at the rear don't appear to be as significant. The taillights look more angular, and there's generally smoother styling. On these cars, we believe the ones with four exhaust tips pack the V8 engine, and the one with a singular, trapezoidal outlet uses Jaguar Land Rover's Ingenium 2.0-litre turbocharged four-cylinder.

Earlier spy shots provide a glimpse into the cabin, and there don't appear to be major changes in there. Updates to the infotainment system seem very likely. A digital instrument cluster might also be among the improvements.

The only rumoured powertrain change is dropping the 5.0-litre supercharged V8 in favour of a BMW-sourced 4.4-litre twin-turbo V8. The new engine is good for up to 617 bhp and 553 pound-feet in models like the M5 Competition and M8 Competition. However, it's not clear whether Jag would use this tune or a less powerful version, though.

Look for the updated F-Type to debut in early 2020.