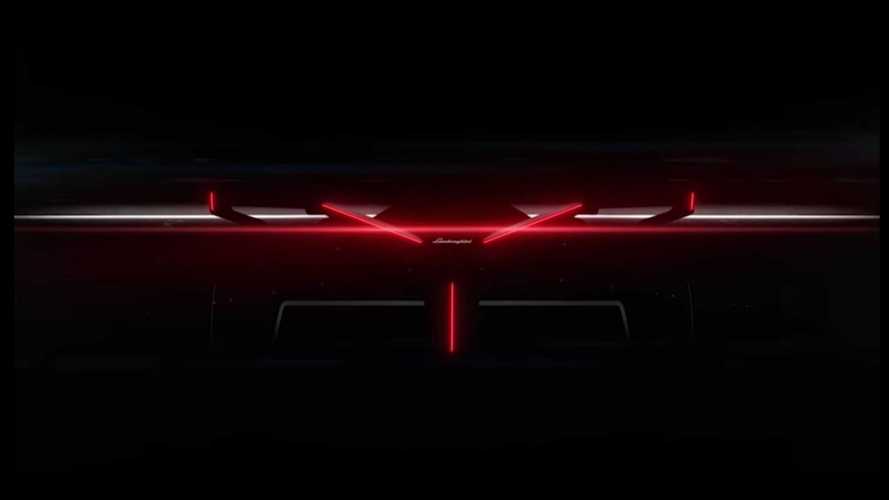 It debuts on 24 November.

Lamborghini is the latest automaker to create a Vision Gran Turismo concept, and the first teaser for it appears to offer a glimpse at the rear. The full unveiling is at the FIA Gran Turismo Championships on 24 November.

At just a few seconds long, there's not much chance to see the Lamborghini Vision Gran Turismo. Assuming this is the rear, then the vehicle has angular taillights with skinny, red LED strips, and Y -shaped lamp in the centre. It's too dark to see much more.

Based on previous Vision Gran Turismo vehicles, expect the Lamborghini to look wild. Automakers generally use these models as an opportunity to create something without any concerns about marketability or realism for production. A ludicrous level of production is possible because the powerplant doesn't have to exist outside of the virtual world.

As an example of how far designers can go for these creations, check out Jaguar's recent Vision Gran Turismo (gallery above). The stylists tried to take cues from the famous C-Type and D-Type race cars but adapt them to the future. The result was a sleek coupe with three electric motors making a total of 1,005 bhp and 885 pound-feet of torque. In the game, it was able to hit 62 miles per hour in less than two seconds.

It's not clear how soon after the unveiling that the Lamborghini Vision Gran Turismo could be available to drive in the game. Expect an announcement at the FIA Gran Turismo Championships.