Hot on the heels of yesterday’s unveiling of the GLS 63 at the Los Angeles Auto Show, Mercedes has another big debut scheduled for its flagship SUV. Debuting at the Auto Guangzhou 2019 in China, the Maybach GLS will serve as Daimler’s belated answer to the Bentley Bentayga by featuring the highest level of comfort a Mercedes fullsize SUV can offer, all wrapped up in a package rumoured to cost as much as $200,000 (approx. £150,000).

While spy shots have revealed the exterior will only go through subtle changes compared to the standard GLS, most of the modifications will take place inside the cabin. We are tempted to believe the vehicle will eschew the third row taking into account the prototypes appeared to have the same wheelbase as a regular model. In order to give rear passengers more legroom, the only way to do that without stretching the wheelbase would be by getting rid of the rearmost seats.

Don’t be too surprised if this luxobarge from Maybach will only have four seats, with the rear ones separated by a massive centre console equipped with a tablet to control some of the many functions the cabin will benefit from. A rear-seat entertainment system is likely on the agenda, and there might be some extravagant features such as champagne flutes as seen in its rival from Crewe.

We’re expecting the seats to be electrically adjustable in a multitude of ways and offer greater leg support, plus the ability to recline them as it’s the case with the Maybach S-Class. Mercedes has likely found a way to spruce up the front section of the cabin, but as it’s the case with just about all truly luxurious vehicles, the real magic takes place in the back. 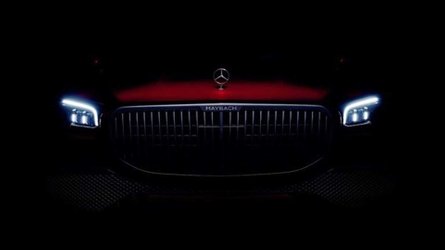 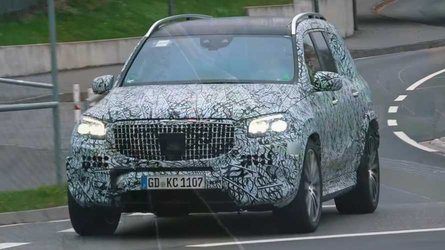 Until that V12 rumour is confirmed, although we wouldn’t hold our breath, we are inclined to believe the Mercedes-Maybach GLS will be powered exclusively by a V8, most likely fitted with EQ Boost as it’s the case with the aforementioned GLS 63. It might not match the power of the AMG variant, but we’re still expecting well above 500 bhp given the weight of the large SUV.

Although it’s not at the Los Angeles Auto Show these days, the Maybach-branded GLS is going to be assembled in Alabama USA and should go on sale at some point next year.