Rolls-Royce unveils its most intricate embroidery ever 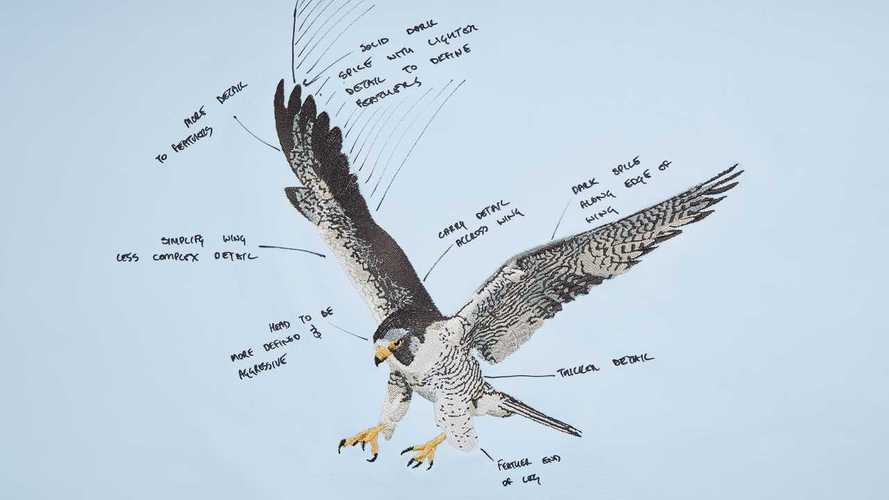 The falcon motif is a work of art.

Always ones with an impeccable eye for detail, Rolls-Royce has now unveiled a car which it says features 'the most detailed ever single embroidery to feature in a Rolls-Royce motor car'.

The embroidery – a Peregrine Falcon, the fastest bird in the world – adorns an example of the Wraith, the luxury carmaker's Grand Tourer offering based on the outgoing Ghost model. The intricate design, consisting of a quarter of a million individual stitches, is the latest masterpiece from the Rolls-Royce Bespoke Collective, which takes the wishes of clients and turns them into reality.

The design is incorporated into the roof of the car’s blue leather interior and is also painted onto its piano finish fascia. Meanwhile, on the outside the car is finished in Bala Blue and Andalusian White with an Arctic White coachline which has been painted by hand using a fine squirrel hair paintbrush.

Josh Liles, a bespoke embroidery specialist at Rolls-Royce, is responsible for all embroidery on Rolls-Royce cars. He trained in mechanical engineering, 3D design, and architecture before joining Rolls-Royce as an apprentice. From there he worked his way up from the leather shop to where he now leads a whole team of craftspeople.

"The design required hours of observation of a Peregrine Falcon – we needed to understand the musculature, the movement, the shading of the feathers," said Liles. "We wanted the bird to adopt an alert and predatory stance."

"We created multiple iterations of the embroidery – the direction, length and spacing of the stitch can have a great impact on the final image. We purposefully shaped the beak and angled the eye to create a sense of aggression," he added. "The Falcon embroidery became a labour of love. Technically, it is exceptionally difficult to embroider this density of stitches onto leather. Embroidery puts stress and tension on leather causing a physical wave in the material, which naturally, is unacceptable in a Rolls-Royce."

Rolls-Royce says that the specially-commissioned car is 'inspired by towering contemporary architecture that reaches into the clouds'. The company's rather poetic press release also says that the car can be 'read as an abstract interpretation of a falcon’s wing', whatever that means.

Rolls-Royce Lunar New Year and Year of the Pig Editions