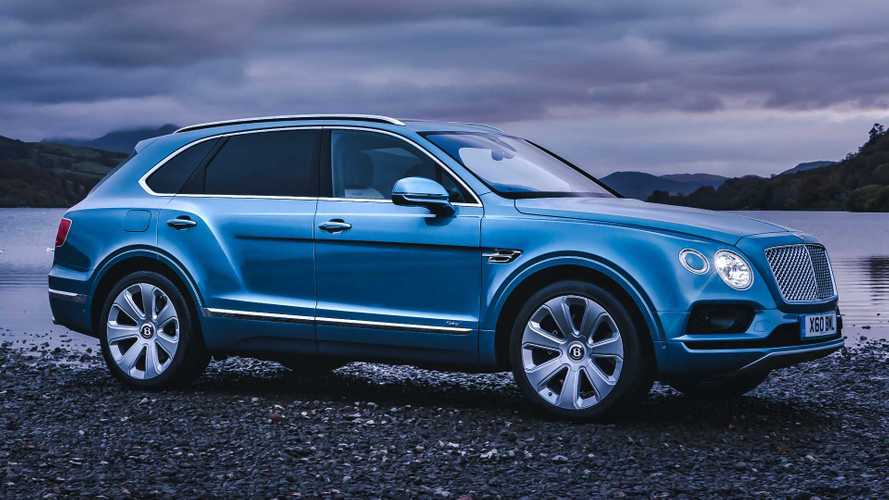 Does this make it the world's most luxurious people-carrier?

Bentley is set to offer its Range Rover-rivalling Bentayga SUV with a choice of four- or seven-seat configurations.

The luxurious 4x4 will come as standard with four seats, forsaking a central perch on the rear bench in favour of a centre console with an armrest and storage space. However, standard V8 and Speed models will be offered with an optional central seat and a third row in the boot, bringing the total to seven.

Bentley Bentayga Stetson Edition is a cowboy 'hat' for one-percenters

According to the Crewe-based carmaker, the option reinforces the Bentayga’s status as “the world’s most versatile luxury vehicle”. The company claims the new layouts mean the enormous SUV can double as a family bus or luxury limousine, depending on the customer’s preference.

Bentley says the four-seat layout is designed to provide an “enhanced space for relaxation”, as well as allowing the space to be used for “entertainment” or as a mobile office. Because of the extra space, the company says the two rear seats provide passengers with most of the same seating features found in the front, including 12-way electrical adjustment, heating, ventilation and massage functions.

As an option, Bentley will offer cars in four-seat guise a choice of Bentley Rear Entertainment, Bluetooth headphones, and fold-down picnic tables. Customers will also be able to choose the Mulliner-Console Drinks Cooler, which sits between the rear seats and essentially provides a cool box for your champagne.

In seven-seat guise, however, is described as offering “maximum versatility” and extra passenger-carrying capability. The third row of seats fold away electronically, to provide maximum luggage capacity, while the middle row folds manually so passengers can enter and exit the car. Bentley Rear Entertainment is also available as an option for those travelling in the back.

The seven-seat layout will not be offered on the Hybrid version of the Bentayga, which combines a 3-litre turbocharged V6 petrol engine with an electric motor to create a plug-in hybrid SUV. Bentley calls that model - which will have to ‘make do’ with a four-seat configuration - the luxury SUV sector’s first plug-in hybrid and its most efficient model ever.

However, the ‘base’ V8 model, which uses a 4-litre, twin-turbocharged V8 petrol engine with 542 bhp will be available with seating for seven. That means the whole family can experience the 4.4-second 0-62 mph time and the 180 mph top speed.

Similarly, the W12-powered ‘Speed' version will also come with the option of a third row. That car uses the same 6-litre W12 seen in the top-of-the-range Continental GT, complete with 626 bhp, and it’s capable of hitting 190 mph when it’s travelling flat out.