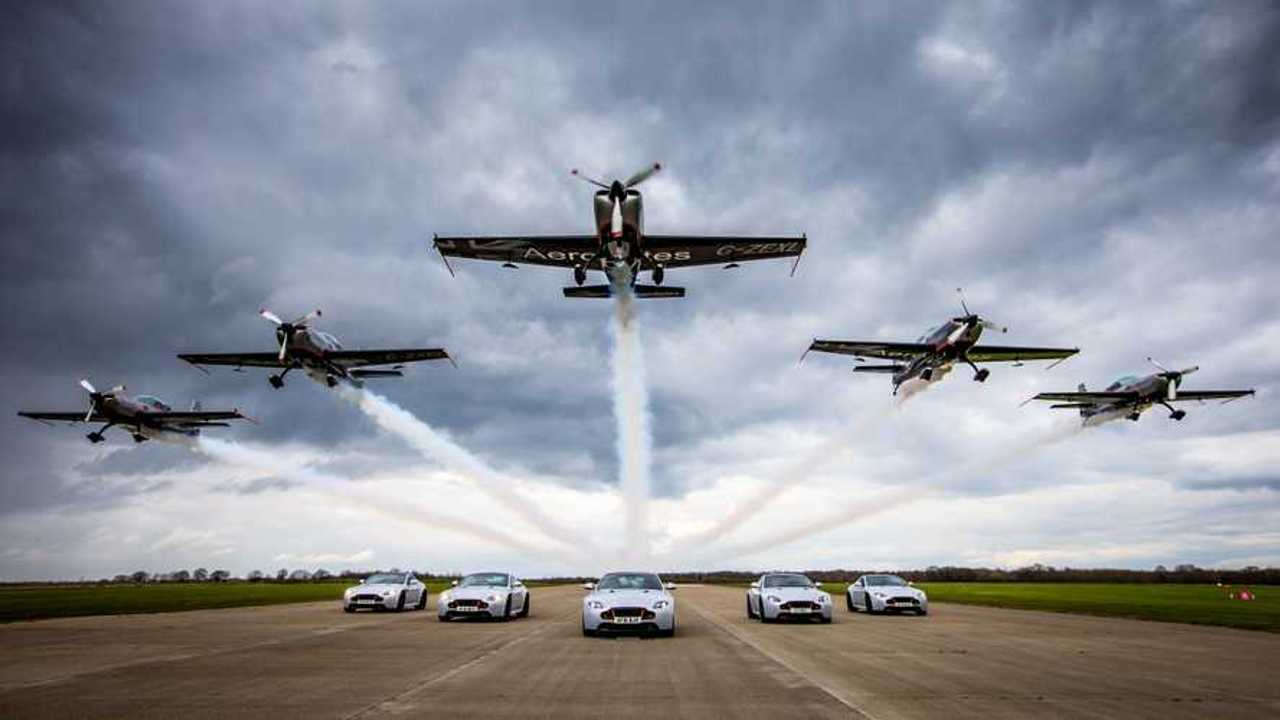 The luxury carmaker will be making more aviation-inspired special editions.

Aston Martin has announced a new 'Wings series' which brings together all of the luxury marque’s aviation-related projects.

The luxury carmaker has long been association with aviation, particularly with the Royal Air Force, with three of its four UK manufacturing locations are situated on former RAF stations – Gaydon, Wellesbourne and St Athan in Wales. The latter is the site of Aston Martin's newest factory and a state-of-the-art manufacturing facility has just been built inside former-Ministry of Defence 'Super Hangars'.

Check out these aviation-inspired Astons

What's more, during both World Wars Aston Martin’s factories were used to build aircraft components, most notably for Spitfires and Mosquitos in WW2.

The Aston Martin Wings Series will see the company's bespoke 'Q by Aston Martin' service produce a run of limited edition, aviation-inspired models in the next few years.

The initiative follows the famed Aston Martin Vanquish S Red Arrows edition of 2017 which was commissioned by Aston Martin Cambridge. The 10 Red Arrows models contained switchgear made from the undercarriage leg of a Red Arrows Hawk aircraft.  Nine were sold to customers, with the tenth being raffled for the RAF Benevolent Fund, raising £1.46 million.

The V8 Vantage S Blades Edition, named after the famous British aerobatics team, was another aviation-inspired project by Aston Martin. The car featured bespoke styling and interior tailoring, and the five Blade Edition Aston Martins produced were delivered to customers at Sywell Aerodrome where each customer got an aerobatic flight experience with The Blades.

The V12 Vantage S 'Spitfire 80', another Aston Martin Cambridge commission, celebrated the 80th anniversary of the famed fighter. Eight were made, all finished in Duxford Green with yellow pinstriping on the side strakes and deck lid.

"Aston Martin will always be synonymous with aviation, from our wings logo to the heritage of our manufacturing sites across the UK," said Aston Martin President and Group CEO, Andy Palmer, an Honorary Group Captain of the Royal Airforce's 601 Squadron. "The Vanquish S Red Arrows edition was a great success for everyone concerned and I look forward to seeing our future aviation-related special editions."