Italy has some of the fastest production cars these days, regardless if we are talking about supercars or more mainstream products. There’s no better proof of this statement than the video at the top of this page. The 3:30-minute clip puts two Italian performance SUVs against each other on the drag strip to see which one is faster. And while the results may seem obvious at a glance, not everything has been decided before the race begins.

Stelvio QV on the drag strip: 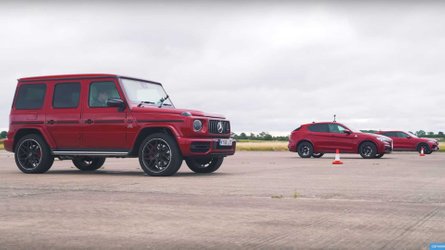 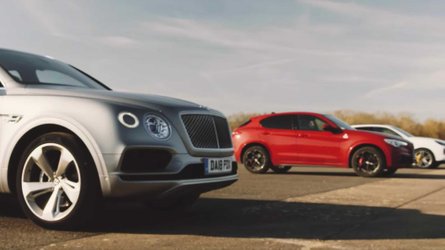 The two contenders here are among the most powerful models in their respective segments. On the left side is a red Alfa Romeo Stelvio Quadrifoglio with its 2.9-litre twin-turbo V6 engine, generating 503 bhp and 443 pound-feet of torque. On paper, it should be capable of reaching 62 miles per hour from a standstill in just 3.8 seconds.

Against it is a dark blue Lamborghini Urus with a 4.0-litre twin-turbo V8. This version of Audi’s 4.0 V8 churns out 641 bhp and 627 lb-ft of twist, giving the heavier of the two models an identical 0-62 mph acceleration time. Now that the numbers are put on the table, let’s see which car is faster in the quarter-mile drag race.

The Urus takes on the competition: 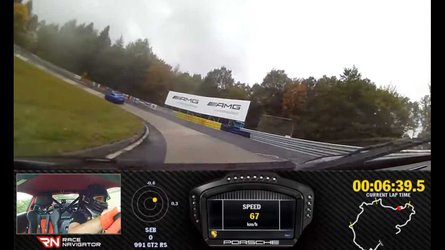 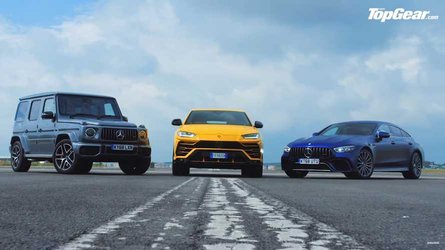 The first run, surprisingly, sees the Alfa take the win. There’s one pretty simple explanation for that though – the driver of the Urus didn’t have a great start and let its opponent take a small advantage at the beginning. During the second run, where both drivers kick the acceleration pedal right on time, the heavier but way more powerful Lambo shows the Stelvio QV who’s the master of the performance SUV segment.