Skoda Octavia RS rendered to spice up the roomy liftback 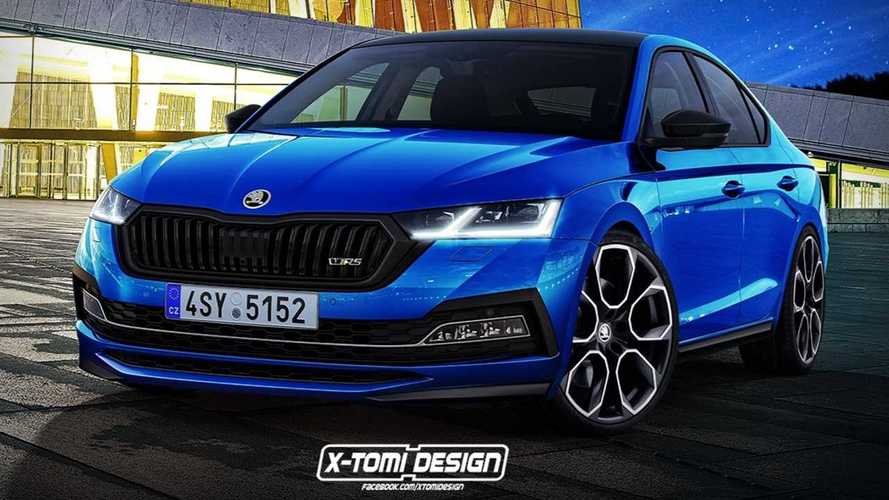 The supersized Golf GTI will be out in 2020.

Granted, the Skoda Octavia isn’t exactly the world’s most exciting car, but it does have a lot going for it in the RS guise. It carries over the immense practicality of the standard version and throws into the mix some hot hatch attributes to create a well-rounded package, especially when you take into consideration the availability of all-wheel drive. A new version will be revealed next year, although we have a feeling it won’t be available in all 100+ markets where Skodas are sold until early 2021, just in time for the Octavia RS’ 20th anniversary.

X-Tomi Design has decided to see into the future of the Octavia RS by rendering the Volkswagen Golf GTI’s Czech cousin, although the rendering is not entirely accurate. We’re expecting the real deal to look slightly more aggressive than this and boast the revised RS logo that debuted on the Kodiaq RS a little over a year ago with a red “V” symbol. Skoda might take some of the sharp lines of the Vision RS concept and adapt them for the Octavia RS’ bumpers, which will represent the biggest visual changes on the outside compared to the standard car. A fresh set of wheels is also expected to round off the new look.

The adjacent design exercise shows the liftback, but the more practical Combi has already been spied undergoing testing, so it’s definitely coming. Both are due to use an uprated version of the 2.0 TSI petrol engine with close to 250 bhp if the rumour mill is accurate, but there’s also going to be diesel with ample torque.

The regular Octavia already has a 2.0 TDI with 197 bhp and 295 pound-feet of torque for the all-wheel-drive version equipped with the seven-speed DSG, and it would make sense for the RS to pump up those output numbers furthermore. We’ll probably learn about the Octavia RS TDI’s technical specs once the Golf GTD will debut in 2020, presumably ahead of the equivalent Skoda.

Get up to speed with the Octavia 4:

If the new Octavia RS will be anything like its predecessor, only the diesel-powered version will get the AWD treatment. Should you want the petrol mill with the all-paw system, you’ll have to step up to the VW Golf R or the Cupra Leon ST also coming next year.