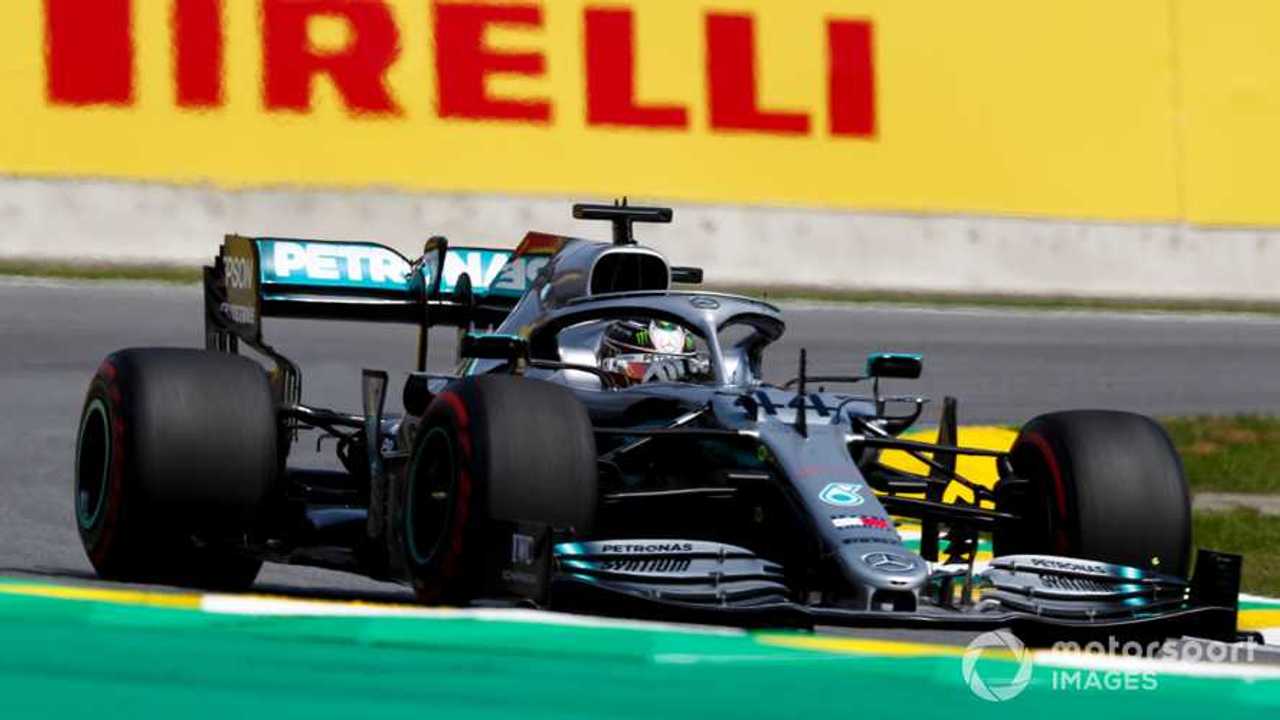 Lewis Hamilton has been stripped of his third-place finish in the Brazilian Grand Prix due to a post-race penalty.

Hamilton had clashed with Red Bull driver Alexander Albon on the penultimate lap of the race in the battle for second place, taking the Anglo-Thai racer out of contention and himself dropping behind Pierre Gasly.

He took the chequered flag in third place and stood on the podium, but was due to visit the stewards afterwards as the incident remained under investigation.

However, the stewards have now come to a verdict without seeing Hamilton, instead using "video evidence from multiple angles including on-board cameras, broadcast cameras and CCTV".

"Car 23 [Albon] was on his normal race line," the verdict read. "Car 44 [Hamilton] attempted to pass on the inside but was unable to get far enough inside to accomplish the overtake and by the time he realised there would not be sufficient room he was unable to back out of the situation and the collision followed.

"The Stewards determined that Car 44 [was] predominantly at fault for the collision with Car 23 at Turn 10 and therefore ordered a five-second penalty."

The penalty drops Hamilton, who acknowledged after the race that the clash was "completely my fault", to seventh in the final order.

McLaren's Carlos Sainz should inherit the podium place after finishing fourth, but the Spaniard could still face an investigation for illegal DRS use.

However, at the time of writing, no formal investigation had been announced.

Albon "not angry" with Hamilton

Albon, who ended up finishing 14th, said after the race that he was "upset" but had no hard feelings towards Hamilton.

Asked by Motorsport.com whether Hamilton's apology made it any easier to accept the outcome, he said: "It's all right. Of course he didn't mean to do it. I'm not angry at Lewis.

"I feel like it's one of them things. Of course I wanted the podium and I felt like we deserved it today, but yeah. That's it really. I'm a bit upset [but] it's racing."

Asked for his view of the incident, Albon said: "So, thinking about it or reviewing it back, Turn 9, I saw him in my mirrors, I thought he wasn't close enough to do the overtake so I didn't defend it.

"I went in a little bit quick anyway just to try and cover it. I saw he kind of went for it but it didn't feel at the time like he committed completely. It's one of them things when you go side by side like that at that angle, it's completely blind, so you kind of give space, but you don't know really where he is and you just have to turn in and you have to hope there is no one there. And yeah, we tagged, and that was kind of the incident.