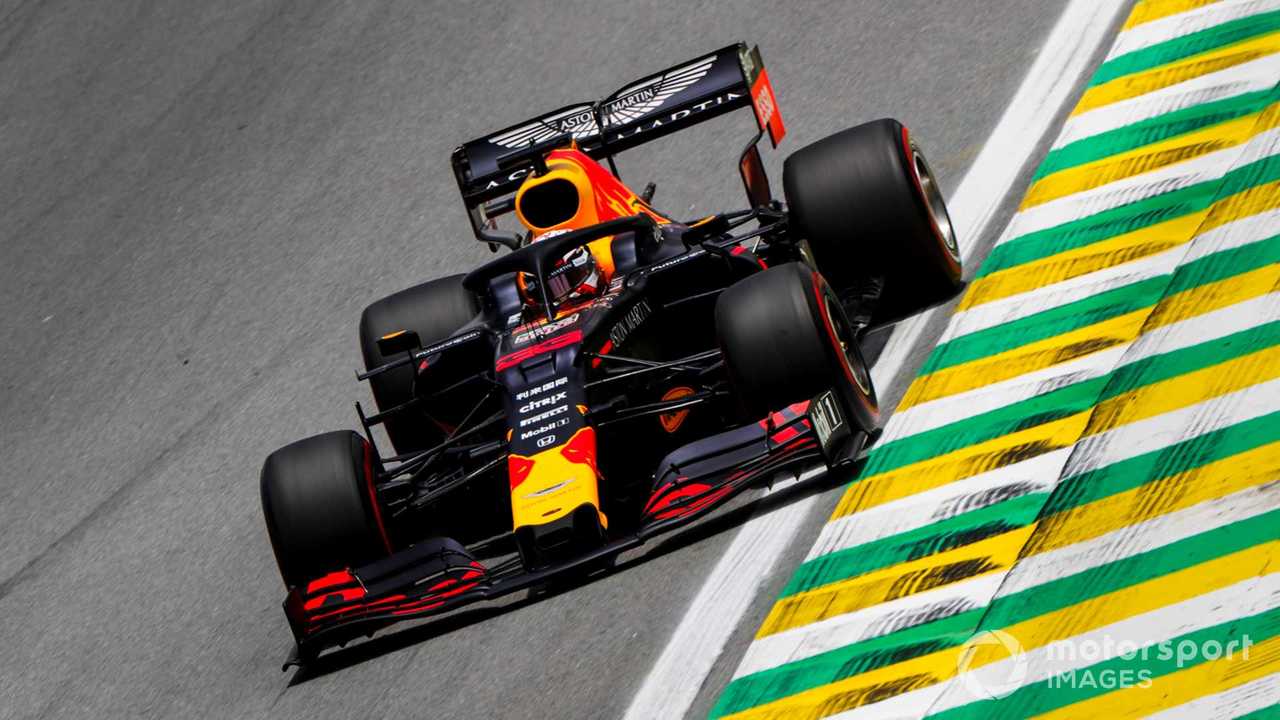 The Red Bull driver was fastest on the first runs in Q3, but only by 0.008s from Ferrari's Sebastian Vettel after running wide out of the Turn 9 left-hander.

But he improved on his second run to post a time of 1m07.508s, which gave him pole by 0.123s thanks to Vettel's failure to improve.

Mercedes driver Lewis Hamilton jumped to third at the end of the session, lapping 0.191s off the pace and relegating Charles Leclerc's Ferrari to fourth.

Leclerc carries a 10-place grid drop into the race for an engine change, meaning he will start 14th assuming no new penalties are issued.

He was the only driver to use medium Pirellis to set his time in Q2, meaning he will start on that set of tyres with the rest of the top 10 starting on softs.

Valtteri Bottas was fifth in the second Mercedes after failing to improve on his second run, with Alex Albon rounding out the top six and 0.427s off his teammate.

Kimi Raikkonen sealed ninth place, with Kevin Magnussen making it two Haas cars in the top 10 after lapping 1.529s off the pace.

The first runs proved decisive in Q2 thanks to only one driver improving their time on the second run.

McLaren driver Lando Norris missed out on the top 10 by just one-hundredth, apologising to the team over the radio because he "just didn't put it together".

Both Renault drivers were also eliminated in Q2, with Daniel Ricciardo 12th and Nico Hulkenberg 14th, sandwiching the Alfa Romeo of Antonio Giovinazzi.

Hulkenberg was the only driver who did improve on his second run, which gained him one place.

Giovinazzi spun on his final Q2 lap at the Turn 8 right-hander, which also compromised the lap of teammate Kimi Raikkonen, who was just behind.

Racing Point's Sergio Perez was 15th, falling behind Hulkenberg at the end of the session.

Daniil Kvyat was quickest of those to be eliminated in Q1 in 16th place, missing out on advancing by just 0.032s.

He failed to improve on his second run after a lockup on his first flier on fresh rubber, then couldn't find time on his second push lap on that set of Pirellis..

This allowed the Alfa Romeo drivers, Perez and Hulkenberg, to jump ahead of him having been behind after the first Q1 runs.

Racing Point's Lance Stroll did improve on his second run, but not by enough to elevate him beyond 17th place.

Carlos Sainz did not set a time in qualifying after a problem manifested itself on his first flying lap in Q1, forcing him to return to the pits.

He reported "something went, something on the engine" over the radio, later suggesting it was "something on the driveshaft or the gearbox" – with the team unwilling to risk sending him out again while attempting to diagnose the problem.