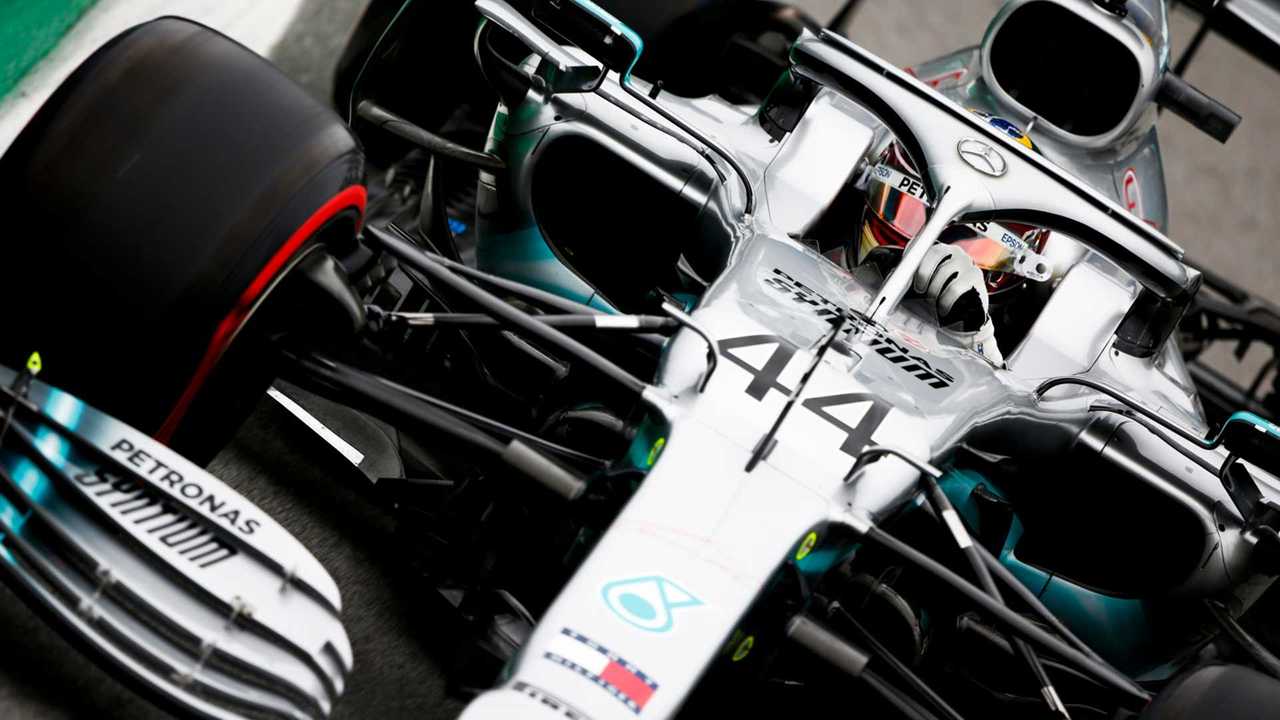 Lewis Hamilton says wrapping up the 2019 Formula 1 title early has given him and Mercedes two "freebies" in Brazil and Abu Dhabi to experiment ahead of next season.

Hamilton clinched his sixth world championship at the last race in the United States, while Mercedes wrapped up the constructors' crown in Japan.

The Briton said it made no difference to his personal motivation coming to the Brazilian Grand Prix and "doesn't make it easier" on-track, but does give him and his team the opportunity to trial new things without it impacting this season.

"We've basically got two freebies to try some new things that can take place next year. Next year we have even less testing before the first race. I think it's only six days as opposed to eight.

"So every tiny bit of an advantage you can gain in changing things and adapting and being dynamic, hopefully could pay dividends next year. That's our goal."

One key operational difference for Mercedes at Interlagos is team principal Toto Wolff is not on-site.

Wolff has opted to miss the race, the first grand prix he will be absent from since 2013, because both titles are secured and he has business he can attend to back in Europe.

However, Hamilton – who joked "it's just such a breath of fresh air!" not having Wolff at the track – said a combination of Wolff's influence and input back at base would mean the team feels little difference.

"He has such a presence within this team that even while he's not here, he's still here," said Hamilton. "Everything that's been set up is because of him and all the people that he's put in place and everyone is here still knuckling down, working as normal.

"I think everyone's behaving as well as they can!"

Mercedes trailed Ferrari and Red Bull in Friday practice at Interlagos, where heavy rain affected the first session and Hamilton did not complete a timed lap.

Explaining the lack of running on intermediates, let alone slick tyres, in FP1, Hamilton said: "My team were asking me to go out but it's just pointless, it's going to be dry for the rest of the event.

"It was kind of a pointless exercise. If you don't need risk it for the biscuit then don't!"

However, he was not unduly concerned after finishing 0.223s slower than the Ferraris in front.

"We'll do some work tonight to refine it, and it is quite crucial because we've got only really two sessions to get it right before qualifying [without FP1]," said Hamilton.

"I don't know if we have three tenths, where the Ferraris are, but time will tell."