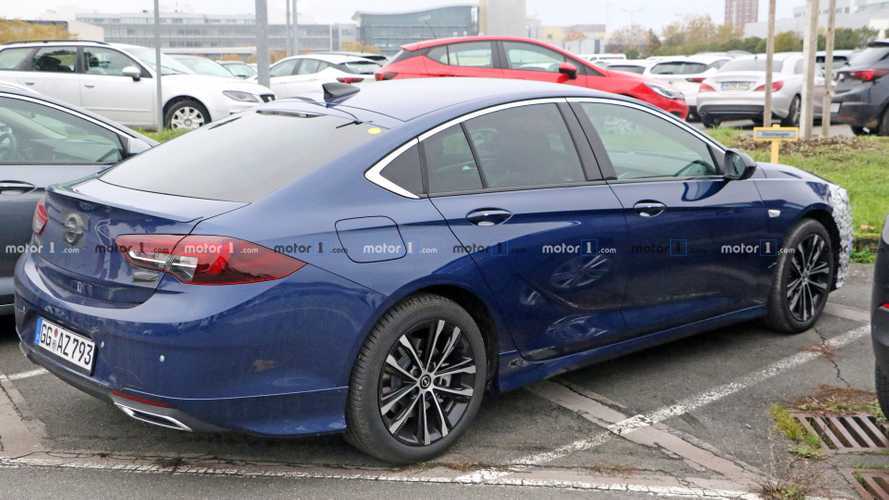 A full reveal should come next year.

We've been spying on the refreshed Insignia for a while now, but this is by far our best look yet as Opel / Vauxhall was kind enough to remove some of the camouflage. In fact, this time around we have photos of two prototypes in the gallery below – one is the regular model and the other one is the range-topping GSi version.

The amount of disguise on the two trial cars is minimal and allows us to see the design of the headlights. This is our first closer look at the clusters and it reveals the Insignia will get new daytime running lights, which will better correspond with the design of the new Corsa, Vauxhall’s first all-new model since its acquisition by PSA Group.

Other notable changes include new a grille and a redesigned bumper for both the regular Insignia and its hotter sibling. The interior is pretty much carried over from the current model and this shouldn’t come as a surprise – the French owner is probably not willing to spend a huge budget on the Insignia in its current form as it’s still based on a General Motors platform. Still, minor tweaks to the infotainment system can be expected.

Perhaps of greater interest is what works under the bonnet. We believe the performance GSi model will keep its current 2.0-litre turbocharged engine with 260 bhp, but it’ll be interesting to see whether the regular variants will get PSA-sourced motors. Right now it’s all just speculation, but considering this appears to be a minor facelift, less change is the likely answer.

Last month, Buick revealed the facelifted Regal in China, which hints at the modifications the refreshed Insignia, as well as the Holden Commodore for Australia, will get. We expect to see Europe’s version of this car in the first month of next year.