Mazda video reconfirms the rotary engine is coming back 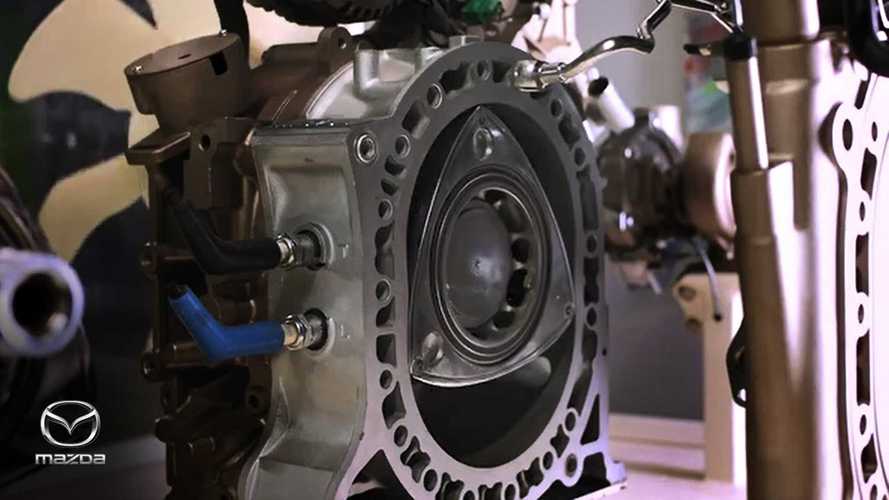 Ever since Mazda RX-8 production ended in 2012, Mazda has toyed and teased the future of the rotary engine. Will there be a new rotary-powered sports car? Time is running out for that reality. However, that doesn’t mean the engine has withered and died on the development vine yet. A strange, new video uploaded to Mazda’s YouTube channel suggests the rotary isn’t dead within the Japanese automaker.

The video, titled “Rotary's 50th anniversary,” is 12 minutes of “Mazda Rotary Heritage B-Roll," highlighting the rotary engine’s history at Mazda. But the video tells us nothing. It’s the video description that gives the rotary engine a potential future at the company, saying, “The story of Mazda and Rotary is not over.” This all but confirms there could be a rotary-powered Mazda vehicle in the future, we just don’t know how the company will use the engine.

What is this Mazda RX-8 doing at the Nürburgring?

Mazda in 'race against time' to make rotary sports car

That’s far from vague, but the automaker hasn’t been quiet about its hopes for the mill either. Just last month, Mazda said there’s still hope for a rotary-powered sports car, but it’s still not in development. Then, earlier this year, patents were discovered that appear to improve the rotary engine, including its intake efficiency and more. The patents also hinted at turbocharging the mill, too.

Mazda’s mixed messaging about the rotary over the years hasn’t helped the speculation. Back in March, Mazda said it planned to use the engine as a range extender initially but added that the mill has become much more versatile than that. In June, Mazda CEO Akira Marumoto reiterated the company wants a rotary-powered sports car; however, it’s not a priority as the company focuses on lowering its vehicles’ emissions.

There’s a good chance a future Mazda vehicle will have a rotary engine. We don’t know how Mazda will use it, though. It could be the range extender we’ve been told is coming. Or Mazda will find time to focus on a proper rotary-powered sports car. But the cards are stacked against the company.