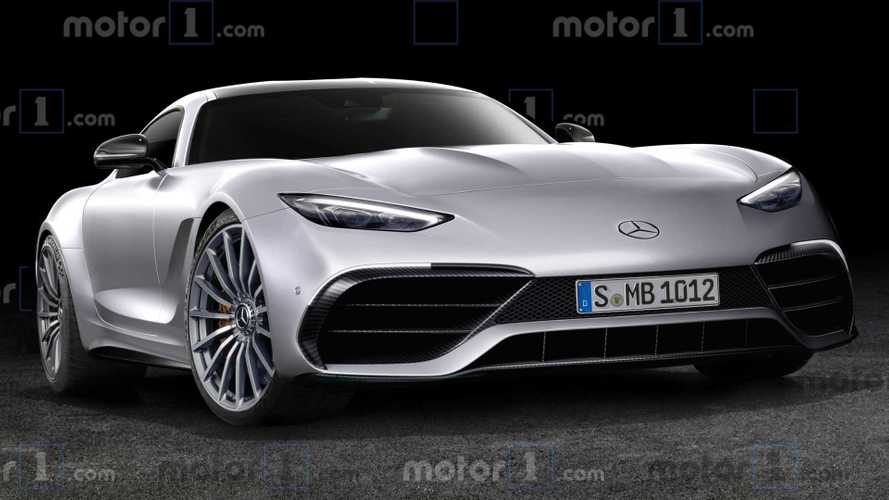 The AMG One hypercar's front fascia design would look good on the next-gen GT.

Mercedes-AMG isn’t quite done with the current-generation AMG GT as the best is yet to come, with the Black Series due to arrive in 2020. Although the existing model hasn’t reached its full potential yet, the boys and girls from Affalterbach might have already given us a sneak preview of the next-gen car in an official video published by Mercedes on YouTube about Lewis Hamilton visiting the design centre in Sindelfingen, Germany.

At one point in the video, we can see six-time Formula 1 champion checking out a fairly large scale mode of a two-door sports coupe with a front end design clearly derived from the AMG One hypercar. It’s too soon to say whether the clay model actually represents a future production model or if it’s simply a scrapped design proposal, but there is a slight possibility we’re being given an early look at the next-gen AMG GT.

It’s not due until at least 2021, so it might seem a bit early for Mercedes to commence the teasing game already, especially since we haven’t seen any spy shots of camouflaged prototype yet. That being said, someone asked the company on YouTube whether the clay model depicts the next GT, and Mercedes didn’t outright deny it: “We’ll have to see what future is waiting for us,” with a winking face at the end. That leaves the door a bit open for the sleek coupe briefly shown on camera to actually represent the new GT, hence our decision to feature that car in this week’s Motor1.com rendering.

Little is known about the new vehicle, but previous reports have stated the next-gen GT will share the Modular Sports Architecture (MSA) with the new SL to achieve economies of scale and speed up the development process. While the AMG-developed Sport Leicht has been spotted as a shortened E-Class sedan test mule, the only GT prototypes we’ve seen lately are those of the current generation in the aforementioned Black Series guise.

That makes sense since the SL is expected to come out first to replace an ageing model that has been around for about eight years. According to the rumour mill, the next AMG GT will replace the S-Class Coupe while the SL is going to substitute the S-Class Convertible as the two S model are allegedly being axed from the lineup.

We will have to wait and see whether the clay model has anything to do with the next GT, but even if it doesn’t, we like the direction Mercedes-AMG is taking as far as designing sports cars.