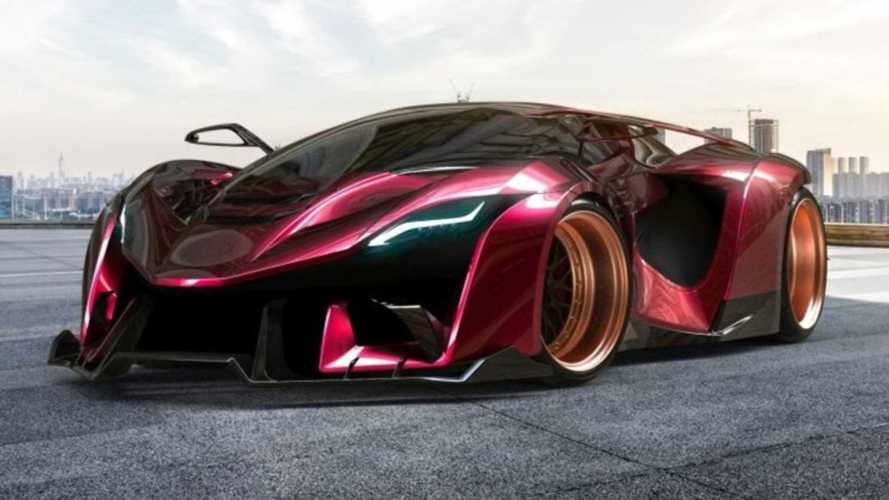 The mid-engined beast with UFO styling has a carbon fibre body.

The intriguing hypercar from United Arab Emirates we first laid our eyes on a month ago has made its debut at the 2019 Dubai Motor Show, and undoubtedly, it’s a sight to behold. The unworldly styling is said to be inspired by Lamborghini – a disclosure made by company founder Bashar Ajlani in an interview with Top Gear magazine.

But while the extravagant design takes after the raging bull born in Sant’Agata Bolognese, the Ajlani Drakuma is going to have “Pagani-inspired production.” We’re not sure what that actually means, but we do know the intent is to make 99 cars, with each being fully customisable to suit the customer’s preferences.

While the wild styling might make you think the hypercar packs a giant engine like the Devel Sixteen’s 12.3-litre V16 quad-turbo powerhouse, it “only” has a V8 with a pair of turbochargers. Mounted in the middle, the engine reportedly develops 1,200 bhp or about as much as the Bugatti Veyron Super Sport from its mighty 8.0-litre W16 quad-turbo mill.

Ajlani Drakuma also told Top Gear that while the chassis has not been finalised, the company has a “few options” it’s considering. Regardless of solution, the Drakuma will boast a carbon fibre body to keep the weight low. Speaking of the body, the doors will apparently open like a “dragon’s wing,” but all of the images we have so far are showing the car with the doors closed.

We’re also not seeing any photos of the interior and the showcar from Dubai had all the windows blacked out, which likely means the company isn’t ready to reveal what’s inside. The car is actually a design prototype built over the course of five years and represents Bashar Ajlani’s dream to create the next Pagani. In fact, he admits Horacio is one of his idols “because he does not compromise when it comes to quality.”

It’s perfectly understandable why some are going to be skeptical about the Drakuma’s chances of actually reaching production, but for what it’s worth, at least the car did show up in Dubai as promised.