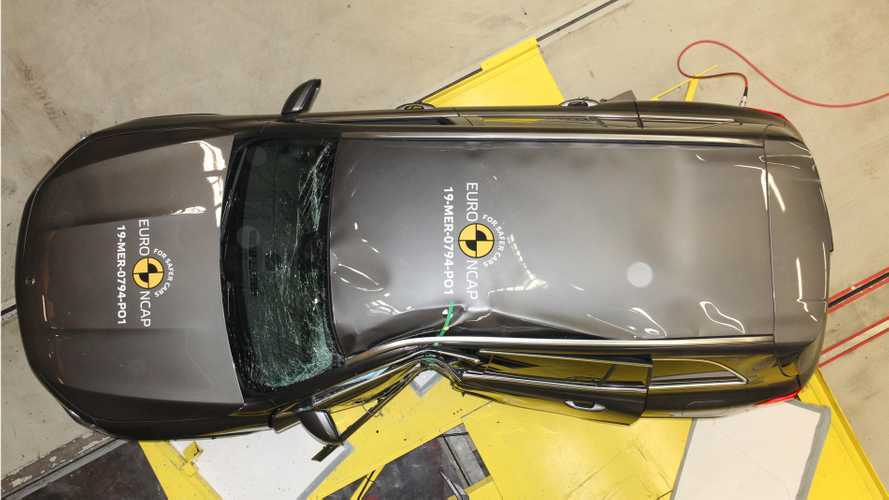 The new Mazda CX-30 and Mercedes-Benz GLB SUVs have both received five-star scores in their Euro NCAP crash tests.

Although both vehicles scored highly, the Mazda was singled out for particular praise after achieving a near-perfect 99-percent score for adult occupant protection. Euro NCAP’s assessors were impressed with the car’s safety across the board, though, with strong scores of 86 percent and 80 percent for its protection of child occupants and pedestrians respectively.

At the same time, the CX-30 scored 77 percent for its safety assistance systems, which include autonomous emergency braking and lane-keeping assistance. The adult occupant protection score, though, was the highlight, with the vehicle rated ‘good’ in almost every area.

The Mercedes-Benz GLB also scored highly enough to earn itself a five-star rating, with Euro NCAP describing its showing as “solid”. Its 92-percent score for adult occupant protection might be lower than that of the CX-30, but it’s still a highly respectable rating. And it’s backed up by good scores of 88 percent and 77 percent for child occupant and pedestrian protection.

Like the Mazda, the GLB’s least impressive score came in the safety assistance category, despite the fact the car scored well for its speed assistance and autonomous emergency braking system, which the assessors said “performed well”. However, the car lost points for its lane-keeping assistance tech, which was described as “marginal” by Euro NCAP.

At the same time, Euro NCAP tested the new Ford Explorer Hybrid SUV, which is not currently available in the UK. Nevertheless, it managed an 87-percent score for protection of adults and scored 86 percent for the protection of child occupants. Scores for safety tech and pedestrian protection were less impressive, but it still managed a five-star score.

Sadly, the same can’t be said for the Vauxhall Corsa. Although the new supermini managed scores worthy of a five-star rating in three of the four areas tested, it missed out on a top score for safety assistance technology by a solitary percentage point. The result is a four-star rating that matches its sister car, the new Peugeot 208, and the score of its predecessor, the old Corsa.

“Congratulations to Mazda for another almost-perfect score in adult occupant safety,” said Michiel van Ratingen, the secretary-general of Euro NCAP. “There are still several cars to be rated in 2019 but it is unlikely we will see better for this part of the assessment. And congratulations to Ford and Mercedes-Benz for their five-star ratings, too. Euro NCAP is now gearing up for new tests in 2020 but we’re confident that manufacturers will continue to deliver the highest levels of safety to their customers.”