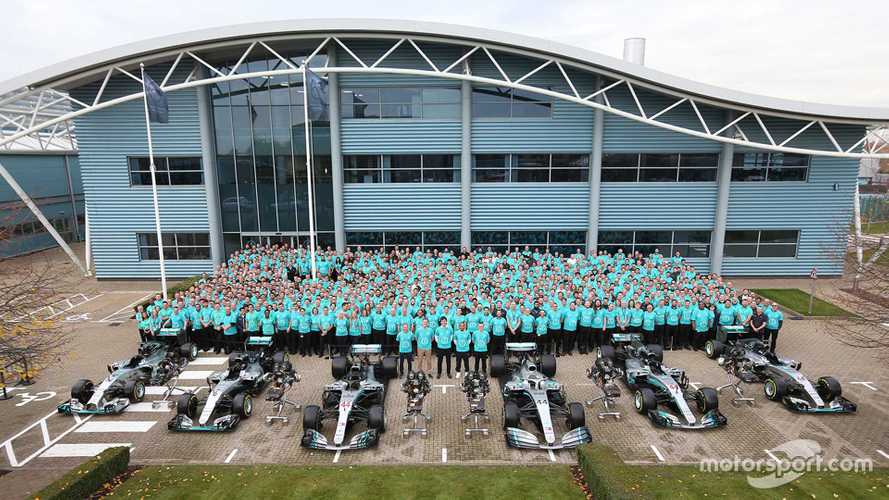 Mercedes boss Toto Wolff says that there are no guarantees the works teams will stay in Formula 1 after 2021, but all the indications are pointing to it remaining.

With discussions ongoing between Mercedes and F1 owners Liberty Media over new terms for a commercial rights deal, Wolff says that parent company Daimler is weighing up many aspects about its continued involvement as a team owner.

And amid some challenging times for car makers amid the move to electric cars, Wolff admits the decision-making process is complicated.

Speaking exclusively to Motorsport.com about what happens to Mercedes from 2021, Wolff said: "Everything indicates that we will stay. But it's not a given.

"We are in the middle of discussing the new Concorde Agreement. In connection with this - and independently of it - we are discussing the development of the automobile and its effects on sport."

Elaborating on what factors are at play when it comes to making the decision, Wolff said: "In which direction is the automotive world developing? In what form is Formula 1 relevant as an entertainment and technology platform? As a brand whose first car was a racing car, do we want to stay on this platform in the long term?

"There is the Ferrari model that says: 'We will do it forever. We build racing cars and we build road cars'. The other model is to say: 'We had a very successful run. There's nothing more to prove. We're doing something else now'. Both are absolutely plausible strategies."

While some have suggested that Mercedes' run of title successes could leave its chiefs thinking there is little more to gain from remaining in F1, Wolff sees it differently.

"If you do a survey today to see which Formula 1 teams are the most successful, most people will say Ferrari," he said. "That's simply because Ferrari has been at the forefront and competitive for 50 years.

"I think at a time when everything is so short-term, it's the sustainability of success that makes the strategy much more credible than fast in and out. Success can also fluctuate at times - it can also happen that you come third.

"Of course, as a brand used to success, you have to endure keeping your own expectations realistic and calibrating that you can't win every year. That's not easy. I have to start with myself: How can I endure that?"

With Mercedes having already put in place customer engine supply deals with McLaren, Racing Point and Williams from 2021, Wolff suggests Mercedes would be unlikely to continue to provide power units if it felt F1 no longer suited its purpose.

"We have four teams that we supply, including ourselves," he said. "You can be only pregnant or not pregnant, not half pregnant. So either we participate in the platform or we do not."

Pushed on the issue of staying as an engine supplier if its work teams quit, Wolff said: "I don't think anyone would decide that [to leave F1]. But if that were to happen, it [stopping customer supplies] would be a consequence."