You get what you pay for.

It’s only the second week of November, but if you’re reading this article in the Northern Europe, the odds are good that you’re experiencing winter weather. This is the perfect time for a reminder that, if you live where snow is a regular thing, there simply is no substitute for running dedicated winter tyres. It doesn’t matter if you have the best all-season tyres on the biggest SUV, because when it comes to avoiding accidents, turning and stopping are far more important than accelerating. In fact, in such situations, your heavy off-roading SUV is likely harder to control than something with two-wheel drive and decent snow tyres, but that’s a subject for a different article.

Tyres make all the difference: 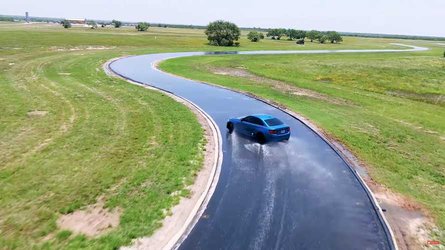 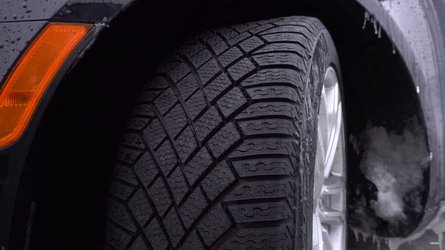 Today we’re talking about the differences between dedicated winter tyres, specifically a high-end snow tyre versus a budget-priced alternative. There are certainly some variables here, as different tyres might specialise in different roles such as ice traction, deep snow, or an emphasis on dry/wet conditions with occasional snow use. In this instance, the test features the Nokian WR Snowproof against the Tristar Snowpower 2, and you can probably guess which is billed as the premium tyre.

Both brands are billed as full-on snow tyres, but right off the bat you can see Nokain takes a more aggressive approach versus the smoother blocks on the Tristar. Beyond that, the test also evaluates the tyres in two different sizes on two vehicles – smaller 205/55 16s on a Volkswagen Golf, and big 245/45 18-inchers on the Volvo S90. For snow and ice traction a smaller tyre is usually better, but that’s also a topic for a different time.

The purpose in this test is to evaluate whether or not it’s worth the extra coin to get the Nokians. It seems the short answer is yes, but it’s not quite that simple. The two brands were reasonably comparable in stopping distances on ice regardless of the car, but on the bigger Volvo, the Nokians were considerably better when stopping on snow. The Tristars also weren’t as good in snow handling, and while most people won’t be turning laps on snow-covered race tracks, the significantly quicker times returned with the Nokians highlight better grip and balance in real-world situations.

Surprisingly, in wet conditions the budget tyres were a disappointment as well, especially in braking on the big Volvo. In dry conditions, the tyres were pretty much equal, but one doesn’t buy snow tyres for better dry-road performance. It’s worth noting that throughout the testing process, the differences between the two brands were far less with the skinnier tyres on the VW. Of course, a Golf is also much lighter compared to a Volvo S90.

What’s the takeaway here? Not all winter tyres are created equal. Jump into the video at the top of the article for all the cool details of this interesting snow tyre comparison.