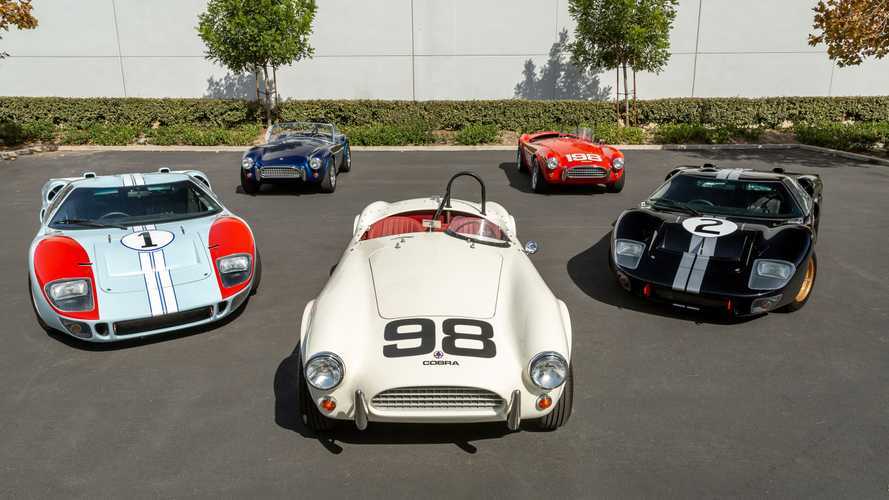 Well, they're cheaper than the real deal, but retain all the details.

Le Mans '66, or Ford v Ferrari if you don't live in the UK, tells the legendary story of how Ford took on the might of Ferrari at Le Mans and won. Naturally, being a film centred around a motor race, many vehicles were involved during its production.

However, of the 423 cars involved with the shoot, many of the cars needed were either no longer around, or priceless museum pieces. Thankfully, Superformance produced perfect replicas to take their places, and moviegoers will have a hard time telling the difference.

That's because South African-based Hi-Tech Automotive and Superformance together are the only companies license to build genuine continuation examples of the Ford GT40 and Shelby Cobra – and these near-perfect replicas even come with genuine Shelby chassis numbers.

Now potential UK customers can get their hands on one of these new-old cars with the help of the sole UK importer Le Mans Coupes Ltd.

Prices for the GT40, Cobra Roadster, Cobra Daytona Coupe, and Corvette Grand Sport replicas start from just £162,000 and so far 50 have made their way to the UK.

"The unrivalled pedigree of the Superformance cars has made them increasingly popular over the last few years – they are the perfect antidote to the anodyne vehicles of today," said Le Mans Coupes managing director Oliver Hulme.

"Unsurprisingly, interest in them has risen still higher since details of the landmark film were announced, and I can imagine our phones will be ringing long after general cinema goers have moved on to other topics, as Le Mans '66 will be introducing these matchless motorcars to a whole new era of enthusiasts."