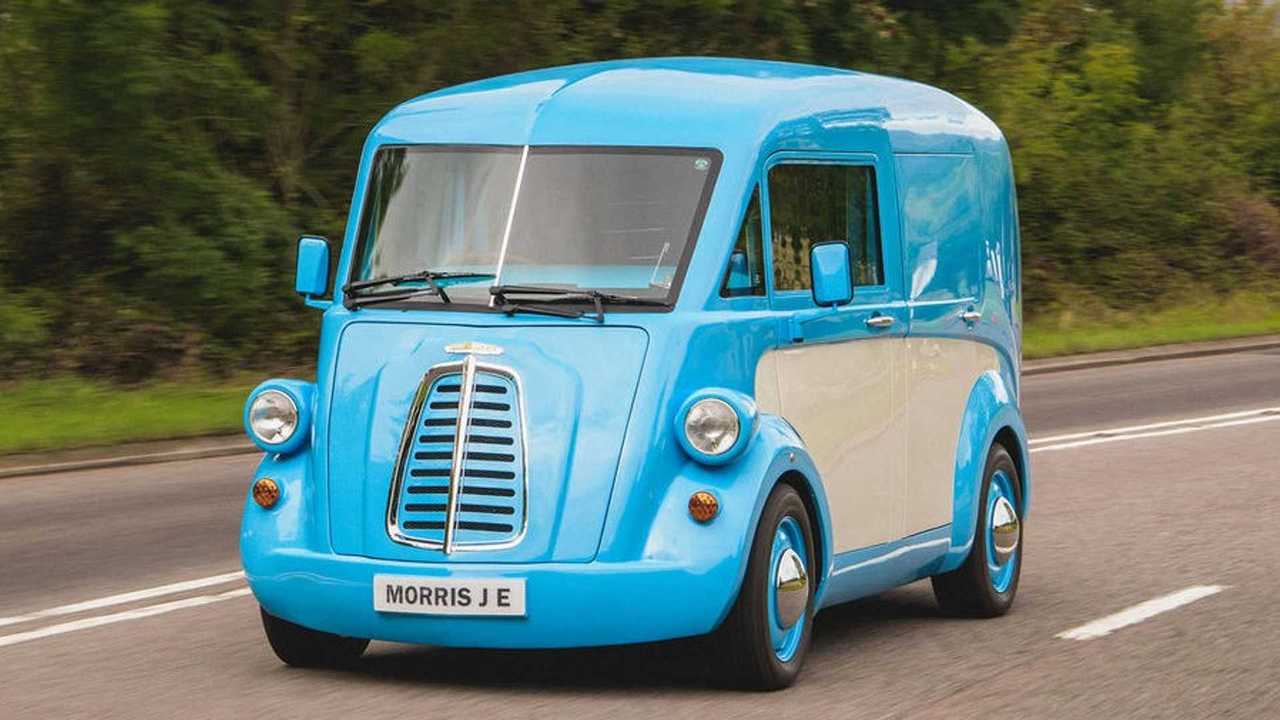 British firm Morris Commercial has revealed its new retro electric van, the Morris JE, at an event in London.

The new vehicle, which is described as a “re-imagining” of the Morris J-Type van first built in the late 1940s, features retro styling but an ultra-modern construction. Under the carbon-fibre bodywork is a lightweight modular chassis and a “a state-of-the-art” lithium-ion battery with an electric motor.

Citroën to electrify its van lineup: Jumper, Jumpy and Berlingo

Full performance details have not been confirmed, but Morris Commercial says the van is expected to manage around 200 miles on a single charge. But that range comes at a price, with prices predicted to land somewhere in the region of £60,000 when the JE hits the road next year.

By way of a comparison, the Nissan e-NV200 costs about £20,000 plus VAT once the government’s grant has been considered. That vehicle comes with a 40 kWh battery that allows a range of up to 124 miles on the WLTP economy test, while its inner-city range is up to 187 miles.

However, the Nissan comes with a maximum payload of just over 700 kg, while the cargo bay measures 4.2 cubic metres. The Morris JE, meanwhile, manages a payload of one tonne (1,000 kg) and a 5.5-cubic-metre cargo volume.

And the Morris also gets the retro styling inspired by the classic J-Type. Morris Commercial says the design is intended not to be a replica of the original, but takes inspiration from that van. That means the newcomer gets a more modern take on the same drooping nose and short front overhang, as well as a similar swooping roofline.

Morris Commercial says the classic style will be a useful “mobile marketing solution” for businesses, suggesting the JE will suit “small boutique businesses that crave individuality”. In particular, the manufacturer has its eye on the hospitality industry, as well as sport and leisure businesses, events companies and green logistics.

Morris Commercial lifted the lid on the JE at The Design Museum in London, with a special event hosted by members of the management team, as well as suppliers and investors in the project. The team is led by Dr Qu Li, the founder of the company, and Tony Frazier, the director of engineering and supplier development.

“It is a delight to unveil the new Morris JE to the world and for us to show what we have been working so hard to achieve," said Dr Qu Li. "From the outset, our vision was to bring a new concept to the LCV market, not just in terms of the battery electric powertrain, but also to introduce a timeless design that takes the aesthetics and appeal of such a vehicle to a whole new level. What we have created is a beautiful, retro design that sits upon a cutting-edge, modular BEV platform, delivering practicality and functionality to compete with the best in its segment.”