Ferrari’s cryptic photo could be teasing the Portofino Coupe 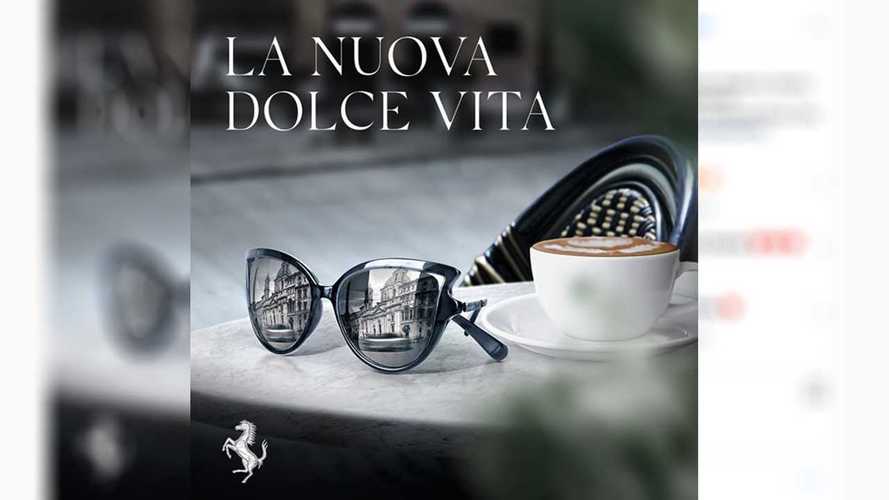 We could see it tomorrow.

Last month, a spy video showed what appeared to be a camouflaged Ferrari Portofino coupe test prototype. Black cladding hid most of the car’s distinctive features. Then, last week, a Motor1.com reader captured the mysterious car in a series of photos. It still wore the same disguise, but rumours started to circulate. Now, Ferrari is teasing “La Nuova Dolce Vita” – “The New Sweet Life” –  which could be the reveal event for the suspected Portofino coupe.

In the teaser, posted to Instagram, there’s a pair of sunglasses and a cappuccino on a small table. In the sunglasses’ reflection, there’s a blurred silver car, which looks like a coupe. Could it be the Portofino coupe? Possibly. Ferrari also shared a teaser video yesterday, this time splashing “La Nuova Dolce Vita” over a short, stylised nine-second clip. The video also showed a date: 13 November.

There’s a good chance the camouflage-cladded test mules spied over the last month will be revealed today. Several Ferrari Chat members reported they were seeing the car this week, either November 13 or 14, at an event in Rome, Italy, and the teaser video did show famous Rome locations. The splashy teasers hint that this could be a public unveiling, too.

It’ll likely use the same powertrain as the Portofino – Ferrari’s twin-turbocharged 3.9-litre V8. It produces 591 bhp and 560 pound-feet of torque, pairing with the seven-speed dual-clutch transmission. Ferrari’s new V6 hybrid could find its way under the bonnet eventually, too.