James May says cars deserve to be electric, it's happening 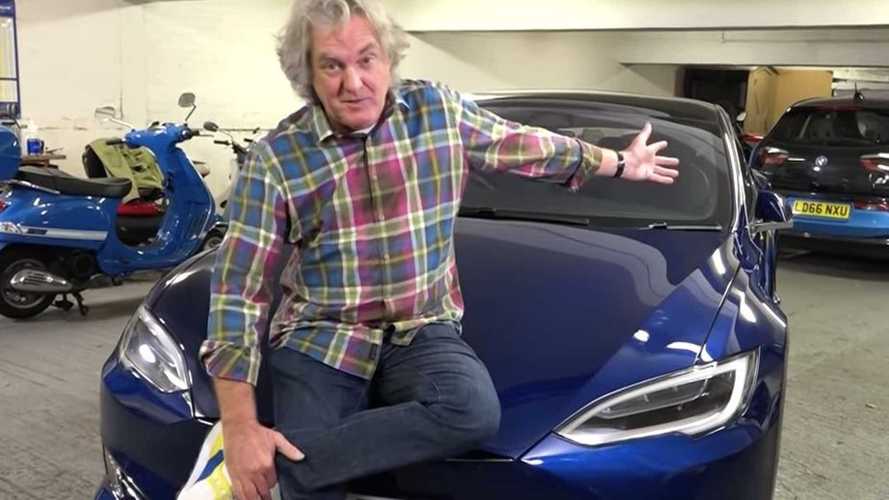 Whether we like it or not, EVs are the better option.

We ask ourselves, is James May suddenly all about electric cars since he just bought a Tesla Model S or does he really believe in the technology? The answer doesn't really matter, though it's the latter, which was likely fully realised due to the former. Regardless, May insists:

"I'm convinced that cars ought by right to be driven by electric motors."

Clearly, people who have had an opportunity to experience a Tesla will likely fall in love with it and then want to own an electric car. Sure, their first choice may be that amazing Tesla they first tried out, but they could end up taking ownership of any one of the growing number of electric vehicles on the road today. This is exactly what Tesla and Elon Musk hope for.

May reminds us that electric cars actually preceded petrol cars and the technology has always been the better option. It just took many years for that concept to begin sinking in. Some would argue it simply took Tesla to come along and prove the technology's worth. May shares:

“We’ve known since we have had the word “car” that the electric motor (which, by the way, predates the internal combustion engine) makes more sense. It’s light, compact, smooth-running, famously reliable, has excellent power and torque characteristics, is easy to produce and is virtually maintenance-free. It’s a bit of a 19th-century no-brainer.”

Aside from his new Model S, May also owns a Toyota Mirai, along with a whole gamut of other petrol-powered vehicles. Still, he's a fan of zero-emission vehicles and clearly understands that battery-electric cars are far superior to hydrogen fuel-cell vehicles. May shares:

“The Mirai refuels from a pump, like any other car, in a few minutes, and has a range similar to that of the Tesla. But there is only a tiny handful of hydrogen stations in the whole country, and if you run out, you’re well and truly shafted. So driving the Mirai is an exercise in trepidation and pure brinkmanship.”

He's willing to admit, however, that BEVs aren't perfect. If you can charge overnight at home on Level 2, then you've got it made, but road trips do take some careful planning. This is especially true if you don't have access to a public fast-chargers or you have to deal with Level 1 charging.

In the end, May can't predict the future. He says it's all still a "massive experiment." However, he'll be happy if the internal combustion engine goes away. May concludes:

“Finding out the right way to go requires a massive experiment. and I felt I should take part. I’m a car enthusiast, I’m interested in the future of my hobby and I’m in the fortunate position of being able to do a tiny bit of the research. I sort of feel obliged to, to be honest.”

“I can either embrace the experiment or dig a foxhole and man an archaic weapon, under the flag emblazoned with a Jaguar straight six. The future is uncertain, but I’m pretty sure I know how that would end.”