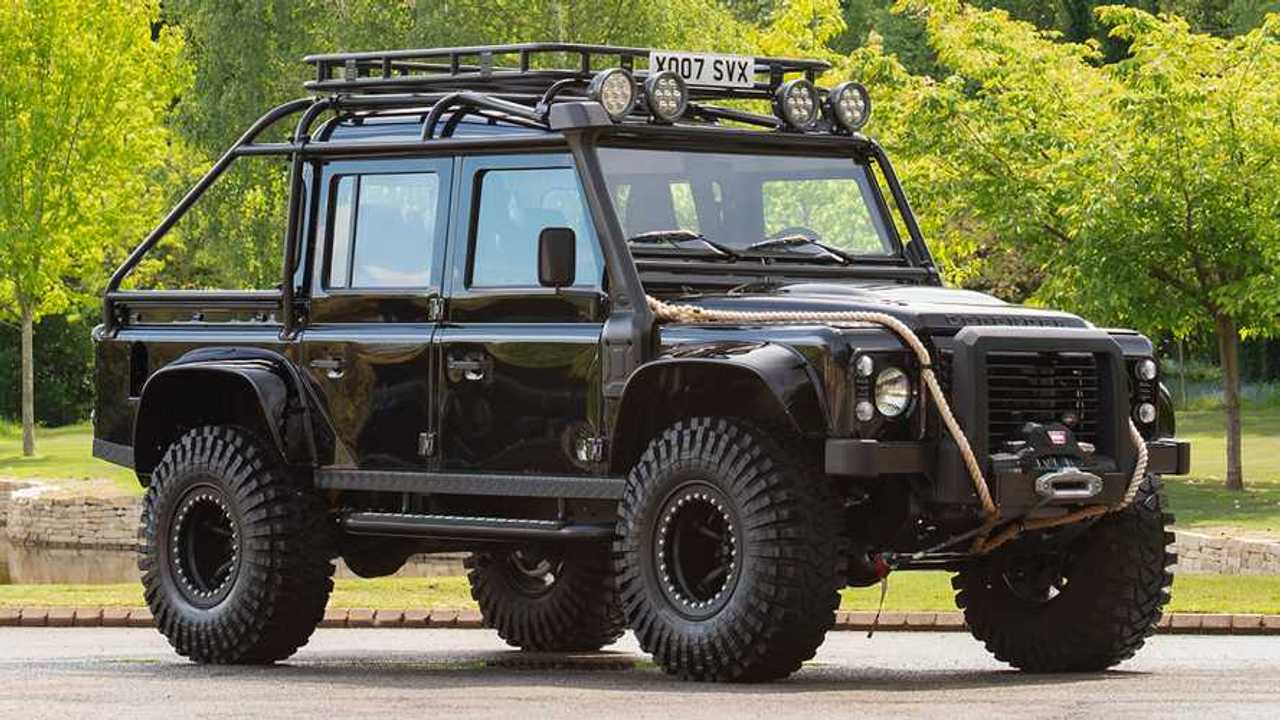 Gear up for the new film by driving one of the finest machines from recent Bond films.

There's been a lot of interest in Bond cars recently – it's no surprise either, with the upcoming 25th film No Time To Die set to feature every Aston Martin ever made (kind of), and one of a handful of Jaguar C-X75s from Spectre going up for auction later this month.

The Orange Jag isn't the only Spectre machine that the (admittedly well-heeled) public can get their hands on. A Land Rover Defender featured in the 2015 film is currently listed for sale on the website of supercar dealer Tom Hartley Jnr. with an asking price of £245,000.

The Defender 110 SVX Concept was one of 10 specially-prepared machines built by Jaguar Land Rover's Special Vehicles Operations skunkworks and tuned by the off-road racing specialists at Bowler.

It looks the business with 37-inch Maxxis tyres wrapped around beadloack alloys wheels. To accommodate the giant boots, the suspension was uprated and Bilstein rally dampers were added. Appearance isn't everything though, with the engine being upgraded as well to produce 185 bhp (up from 120 bhp). There's also Recaro Sports Seats and four-point harnesses.

The car is completely road legal, having been road registered since production of Spectre wrapped – in the film this particular model was only used for drive-by scenes according to the listing, so any buyer can rest assured that the car has had a relatively easy life.

In fact, of the surviving Spectre Defenders, this one is believed to be the only one that is road registered. It's not the first time it has come up for sale either, and it was even owned by famed motoring journalist and Evo magazine founder Harry Metcalfe for a short period.

As well as the upgrades, which easily mark this out as 'the ultimate Defender', the car also comes complete with its original car cover, the original invoice, a range of papers documenting the car's filming schedule, and photos of this car's on-screen appearance.