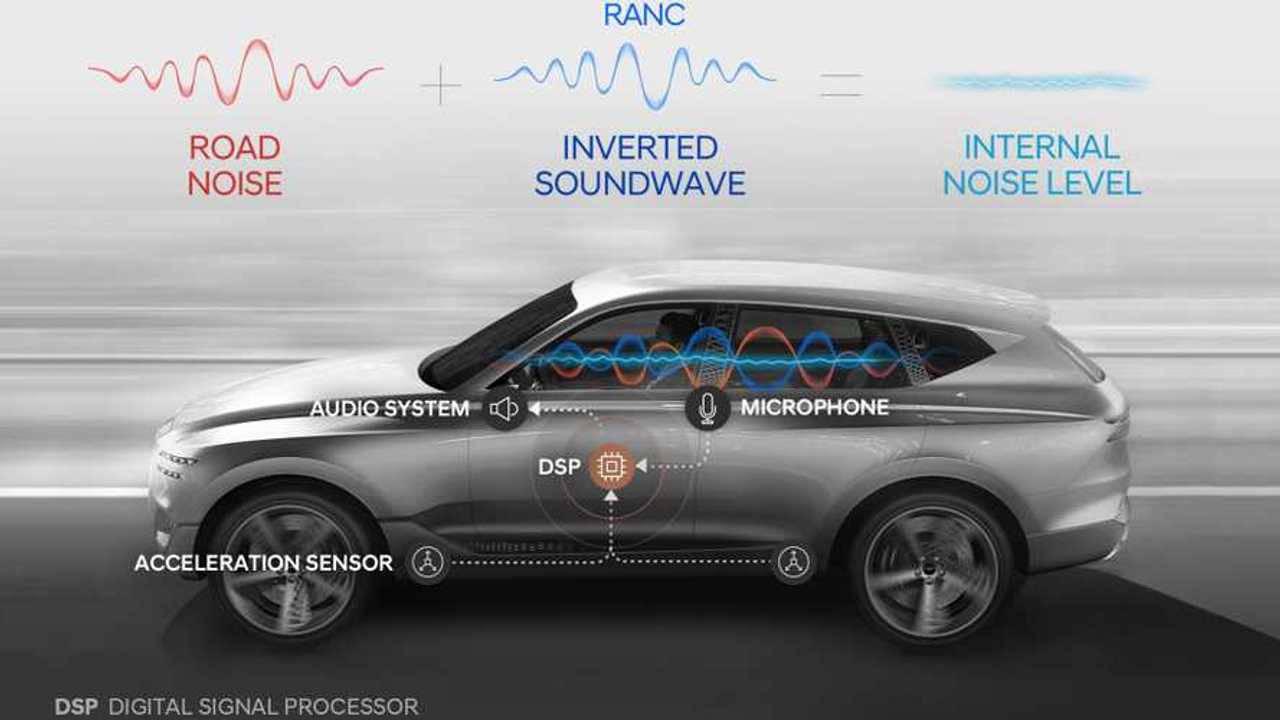 Hyundai has turned to technology in a bid to improve in-car refinement, creating a sound system that cancels out road noise.

Road noise, which comes from the vibrations created as a car drives along the road surface, is among the most obvious noises emanating into the cabin of a vehicle, and it tends to increase with road speed. Traditionally, manufacturers have used ‘passive’ techniques to reduce the intrusion of road noise, but Hyundai is choosing to go for a more proactive approach.

The company already has Active Noise Control (ANC) technology, which actively cancels out road noise by emitting soundwaves inverted to incoming noise. It was a system that eschewed traditional soundproofing and damping in favour of lighter microphones and controllers, but was limited to cancelling constant noises, such as engine noise.

Now, though, the South Korean car maker has taken that technology one step further with the introduction of the Road Noise Active Noise Control (RANC) system. Using an acceleration sensor, RANC calculates the vibration from the road to the car while analyzing road noise. As its computation and signal transfer speeds are optimized, it only takes 0.002 second to analyze the noise and produce an inverted soundwave. RANC is also able to conduct accurate noise analysis and rapid computation to combat road noise for the driver’s seat, the front passenger seat and rear seats separately.

Based on tests with different road surface, vehicle speed, and different seating positions, RANC was able to reduce in-cabin noise by three decibels (dB). That 3 dB level is roughly half the noise level compared with a vehicle not equipped with RANC. The system, which was six years in the making, also allows Hyundai to decrease the amount of unsprung weight in a vehicle, utilizing fewer sound-insulating parts and dampers as compared with before.

“RANC is a remarkable technology which takes existing NVH (noise, vibration and harshness) technology to the next level,” said Gangdeok Lee, a research fellow of the NVH Research Lab. “We will continue to take the leading position of NVH technology and deliver the highest level of quietness to customers.”