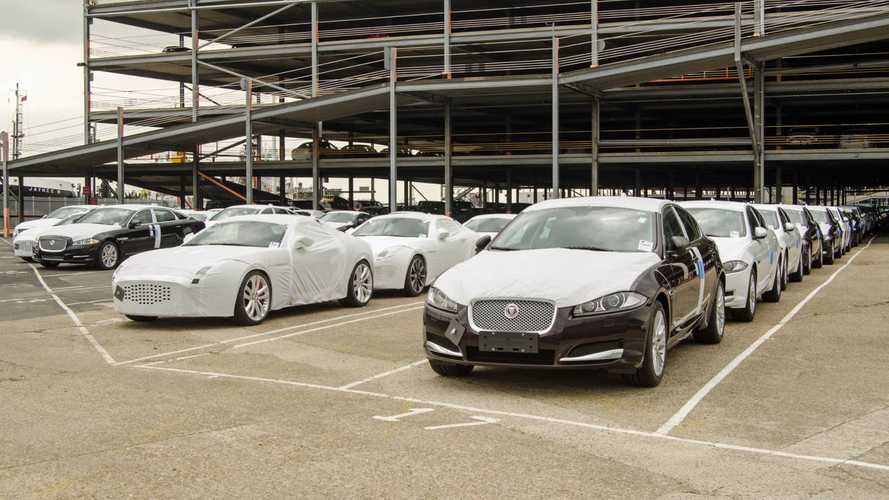 JLR closed its factories at the start of this month to get around Brexit disruption... which never came.

Jaguar Land Rover recently enjoyed some good news amid what has been a tricky year, but now the firm faces a shortage of cars to sell in the coming months.

The Tata-owned company recently carried out a week-long factory shutdown to coincide with Britain's planned exit from the European Union. The move, which didn't affect Jaguar Land Rover's facilities in China and Slovakia, was done to negate anticipated disruption caused at borders by the exit from the Union, but of course Brexit was delayed, again.

Over the course of the shutdown, Jaguar Land Rover didn't produce 12,000 car, meaning that for the final quarter of 2019 the company's output will be around 120,000 units, a number that the company's chief financial officer Adrian Mardell said is "much less than we expect to retail in the quarter."

On a call to financial analysts, Mardell said that Jaguar Land Rover's inventory "will be very, very thin" and could lead to further disruptions further down the line.

The company recently enjoyed something of a resurgence in China, with stabilising demand in the region helping the company turn a profit in the second and third quarters of 2019. Cost-cutting measures and increased demand in the US also helped.

The company is expected to remain profitable despite the inventory shortcomings, with Mardell predicting a profit margin of three to four percent fro the end of the year and 2020.

However, the potential of a no-deal Brexit remains a threat to the company, with Mardell calling it "the only significant risk we have out there that is live and real and potentially imminent."

Britain's exit from the EU has been delayed until January 31 2020, and Jaguar Land Rover could once again close its four UK plants temporarily to avoid complications from disruption at borders which would affect supply chains. The second such closure though would "start to impact the year's results."

Jaguar Land Rover wasn't the only company to shut UK factories around the time of the scheduled Brexit date. BMW's Mini plant in Oxford, and Toyota's UK factory which produces the Avensis and the Corolla were also closed temporarily at the beginning of this month.