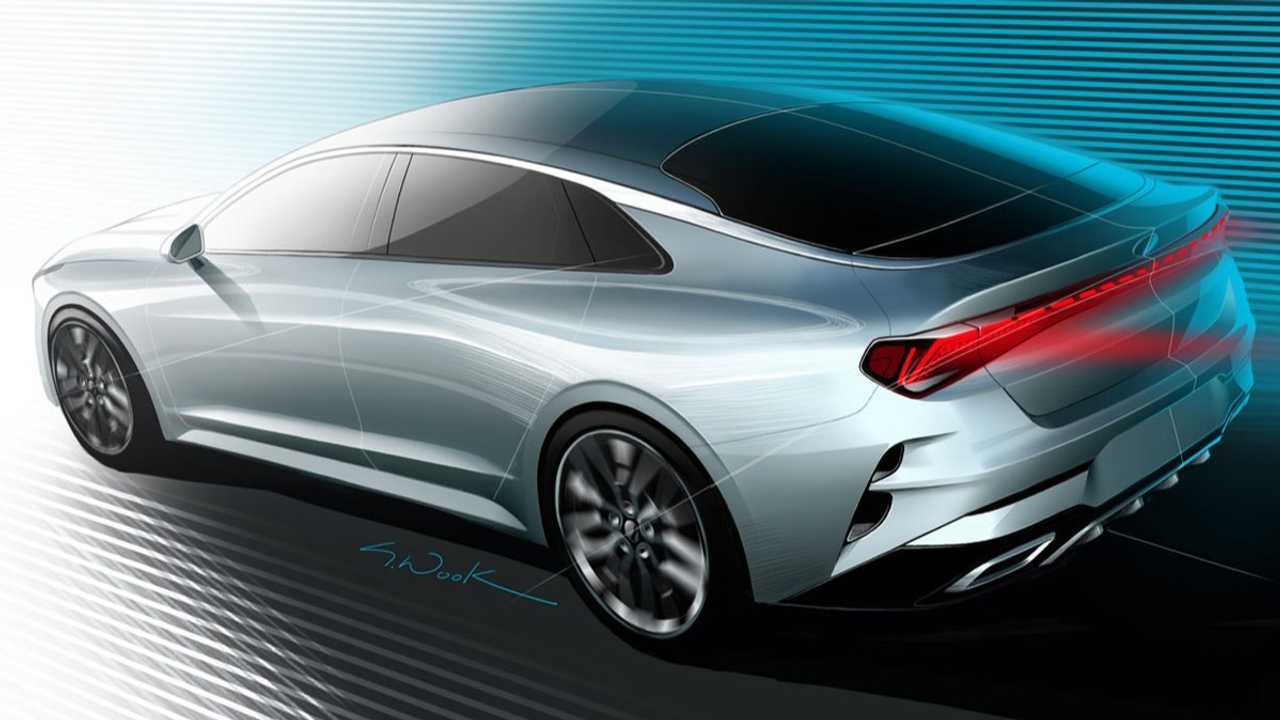 The latest sketch shows the sedan from the rear three-quarters perspective.

Teaser sketches continue to reveal the look of the new Kia Optima (or K5 in the South Korean market). At this rate, the model's design isn't going to be much of surprise by the time we see it in the metal.

The new sketch is similar to a previous one but fully reveals the side of the car. The new Optima appears to have fairly smooth flanks that flow back to a prominent bulge at the rear wings. The roof as a coupe-like silhouette. At the back, there's a short deck, and taillights span the entire width. A sporty rear fascia includes a diffuser and integrated exhausts.

Inside, Kia looks to adopt the modern style of combining a digital instrument cluster with a wide infotainment screen next to it. There's a simple centre console with a rotary dial and some buttons. The overall aesthetic is minimalist in comparison to the more dramatic exterior.

There's less info about the powertrain range at this time. At the very least, expect improved hybrid and PHEV choices to be available. While Kia is teasing the K5 for the South Korean market, don't look for the new Optima's unveiling until 2020.