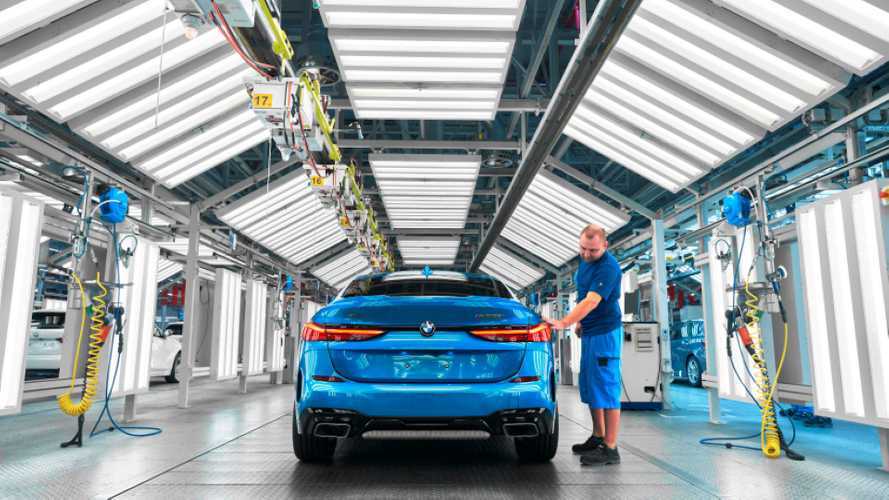 The ninth car to be produced at the Leipzig plant.

BMW's latest entry into the compact saloon segment has recently been revealed, joining the likes of its market-specific 1 Series in some markets of the world. Being a more youthful and attainable model, the 2 Series Gran Coupe has a pretty nice silhouette, and the rather controversial styling hasn't gone unnoticed. Buyers and those waiting for the first batch to hit their local BMW dealerships won't have to wait long now, as the 2 Series Gran Coupe has officially entered production in Germany.

This completely new vehicle will be the ninth vehicle to be assembled at the Leipzig plant, counting towards the 1,000 production output capacity. "We are proud to produce the new four-door coupe at the Leipzig plant for the entire world market. This new vehicle leads to a significant increase in volume," emphasizes plant manager Hans-Peter Kemser. 2019 will also be a big year for the Leipzig BMW plant, with the 1 Series joining the assembly line in the middle of the year. That means two completely new and high volume BMW vehicles will start rolling out its doors, part of its strategic alignment towards the main production location for BMW entry-level models.

The plant has also gone through some major changes, with expansion of its paint shop and integration of the resource-saving paint process, as well as a bigger press shop, body construction area, assembly line, and logistical processes. "At the same time, the plant is realizing a 300 million euro investment program every day with around 1,000 vehicles in full production," says Kemser.

The official market launch date for the BMW 2 Series Gran Coupe is in the spring of 2020, and it will offer a number of engines ranging from a diesel to two petrol variants. More engines will follow later on in the year, with consumers having the choice between a number of different specs and equipment lines. You can read about some first impressions about the car here.