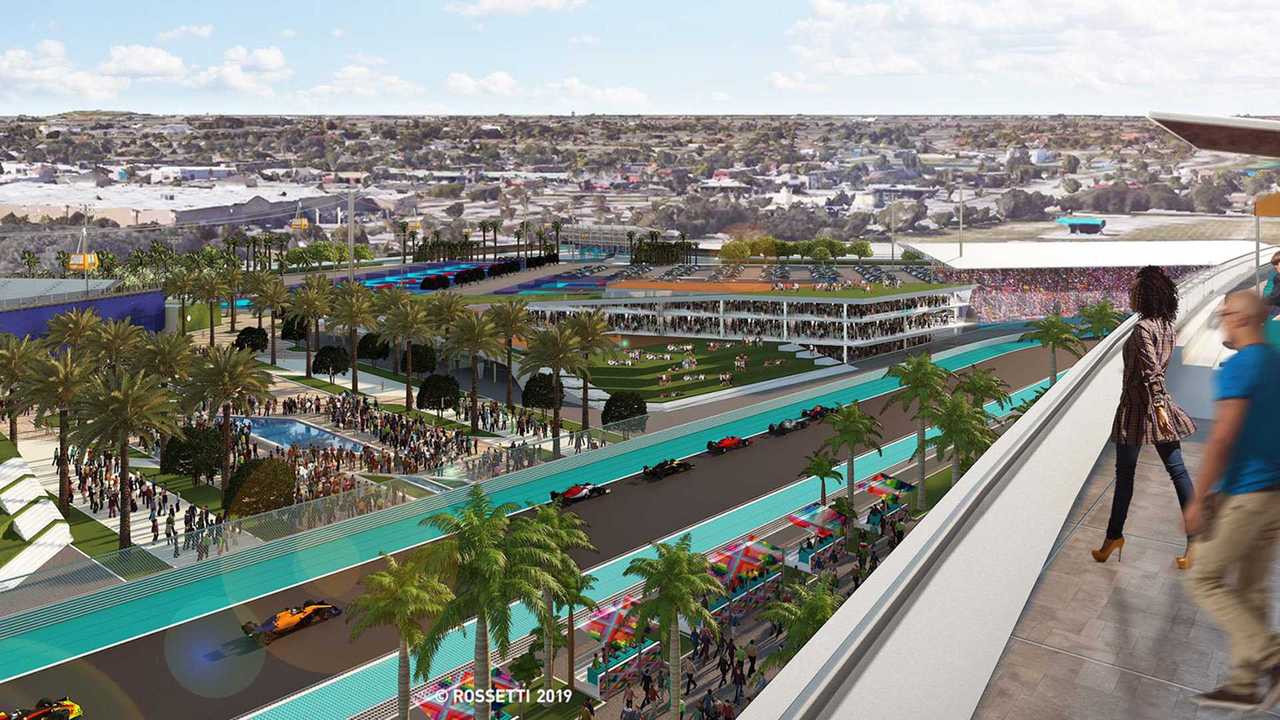 The Miami GP has been thrown a lifeline after the mayor of Miami-Dade County vetoed a resolution that would have blocked the use of public roads for the event, which is scheduled for May 2021.

The intended track around the Hard Rock Stadium in the Miami Gardens area uses mostly car parks and other land owned by the home of the Miami Dolphins, but it includes a half-mile section of 199th Street.

The resolution that would have prevented the use of public roads was passed after a county commissioners meeting on October 29th during which local politicians and residents objected to plans for the race, while F1 commercial boss Sean Bratches and former world champion Emerson Fittipaldi spoke in its defence.

Mayor Carlos Gimenez, who has made his support for the race clear, had a meeting with residents, stadium officials and F1 representatives this week.

By vetoing the resolution he has in effect bought more time for the race's stakeholders to convince locals not to block the plans.

"I vetoed a resolution that would impact Formula 1 racing as planned at Hard Rock Stadium for 2021," Gimenez announced on social media on Friday.

"Earlier this week I met with Miami Gardens residents, stadium officials and other stakeholders who have raised concerns about noise and potential air pollution.

"We will continue to work on reaching a compromise that benefits residents, racing fans and our county's economy."

In a formal statement attached to the veto document, he expanded on why he was giving more time for a solution to be found.

"While I remain sensitive to residents' concerns in Miami Gardens, I believe it is premature to block an event of the magnitude of Formula 1 racing outright.

"Therefore I am vetoing the legislation to reset the conversation to a neutral posture and give all the parties to work on a resolution that benefits the community and allows Formula 1 to continue in Miami-Dade County.

"The outcome of that meeting was an agreement by the Dolphins to respond in writing within two weeks to the concerns raised during our meeting, and to show an action plan for how those concerns could be mitigated."

He added: "I remain committed to bringing this world class event to out community."

Earlier this week sources suggested that the race promoters were looking for way to avoid 199th Street by redesigning the track so that it is entirely on stadium property.