Porsche Panamera spied inside and out with discreet updates 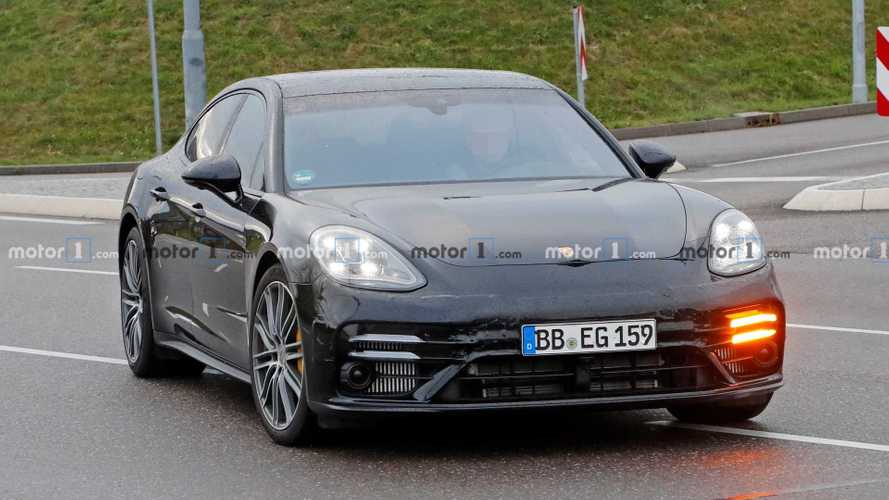 The facelift will bring changes only a hardcore Porsche fan will notice right away.

The Panamera still feels quite fresh in our opinion, but the second generation of Porsche’s liftback was unveiled more than three years ago, so no wonder the folks from Stuttgart are preparing a mid-cycle refresh. In typical Porsche fashion, the cosmetic revisions will be kept down to a minimum, with this prototype only hiding the revised graphics of the headlights and taillights.

Upon closer inspection, we’re noticing a black piece of tape has been slapped onto the front bumper where the Panamera could get some styling cues derived from the latest-generation 911. Speaking of which, a spy shot of the interior reveals the steering wheel of what seems to be a Turbo S E-Hybrid prototype (although it’s missing the green brake calipers) has been borrowed from the 992.

The biggest news regarding the facelifted Panamera could be that rumoured flagship version codenamed “Lion.” First reported by Auto Motor und Sport nearly a month ago, the possible cream of the crop in the model’s lineup is expected to have as much as 820 bhp and feature a beefier version of the powertrain installed in the aforementioned Turbo S E-Hybrid.

As you might remember, Porsche has told Motor1.com that a hardcore Panamera was tested at the Nürburgring in order to potentially set a new record for cars with four doors, but an official attempt is not necessarily a priority. The company didn’t wish to comment on whether such a version will be commercially released.

If it will hit the market, the range-topping Panamera will have to go up against the Mercedes-AMG GT 73 expected to see the light of day in 2020 with somewhere in the region of 800 electrified horses. Audi is also thinking about hybridizing the RS6 and RS7 to unlock more than the 591 bhp currently available in the super estate and the sleek Sportback, respectively.

Meanwhile, the revised Panamera should be out next year and will likely be followed shortly by the more practical Sport Turismo estate.