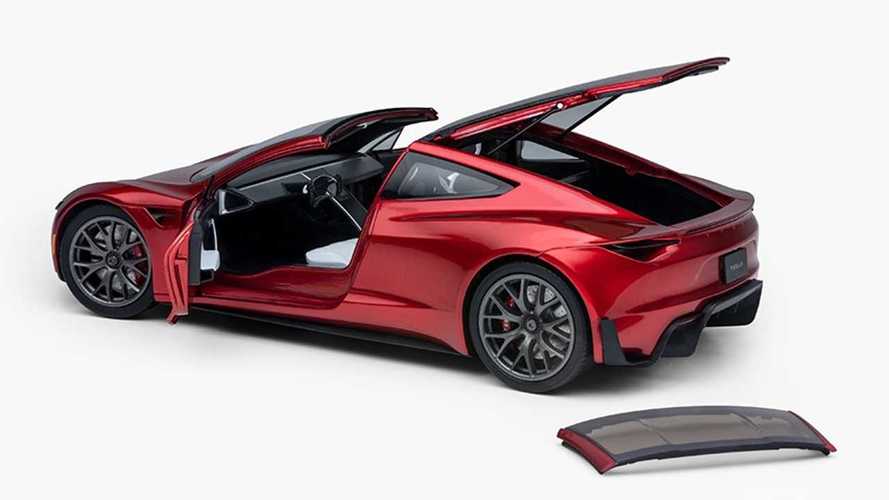 It may provide our best looks yet at the upcoming Roadster.

This new diecast model of the upcoming Tesla Roadster may reveal some never-before-seen features of the electric hypercar. Check out the images right here.

While there's still no set-in-stone launch date for the new Tesla Roadster, we're certain it will be unmatched in terms of performance. The Roadster will literally be powered by thrusters (optionally).

Up until now, our views of the Tesla Roadster have been quite limited. Tesla doesn't show it off much and, more often than not, we only see its exterior.

Production Tesla Roadster will be better than prototype

However, with Tesla's release of this new diecast model of the upcoming Roadster, we get to see it inside and out and we may even see some new details. For example, just look at how big that hatch opening is.

Tesla offers this new model in its online shop and describes it like this:

Officially commissioned by Tesla, the Roadster 2.0 diecast scale model was meticulously overseen by the Tesla Design Team. Every detail, curve and surface was replicated from the same 3D CAD data used to manufacture the actual Roadster.

Sold exclusively through Tesla. Shipping available to US and Canada only.