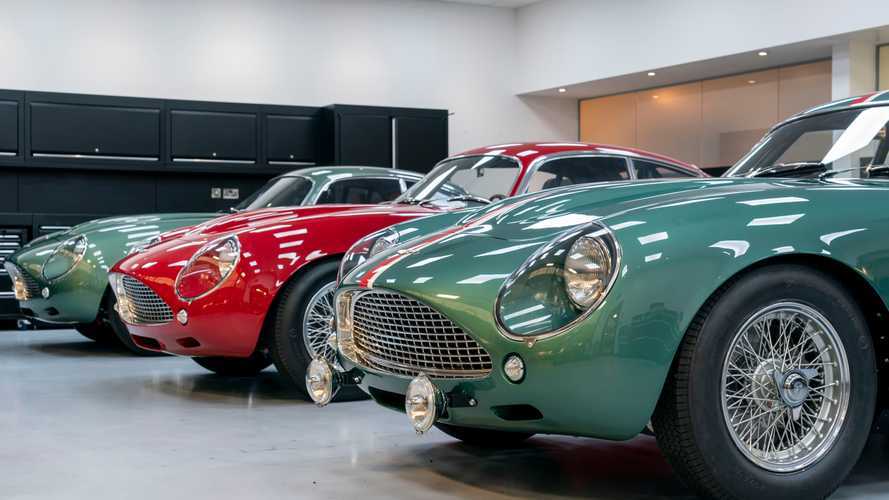 The first examples of Aston Martin's DB4 GT Zagato continuation series have been delivered to their owners.

Only 19 cars, exact copies of the 1960s masterpiece, are being hand built at Aston Martin's Heritage Division headquarters in Newport Pagnell, Buckinghamshire and each take a total of 4,500 hours to craft.

"It has been our privilege and our pleasure to work with Zagato in the creation of these remarkable sports cars," said Andy Palmer, Aston Martin Lagonda president and group CEO. "Now arriving in the hands of a tiny group of owners across the world I’m sure they, like me, will be honoured to play their part in the history of this great brand."

They make use of a sympathetic application of modern engineering techniques and while they're basically identical to the originals, they will probably never fetch anywhere near the record-breaking £10 that a DB4 GT Zagato went for at auction last year. Each of the continuation models cost their new owners £6 million, plus local taxes. Considerably less than the cars of yesteryear, but quite a lot for something you're not allowed to drive on the road.

"Christmas may be just around the corner now, but for 19 astute car collectors it is most definitely coming early," said Paul Spires, president of Aston Martin Works. "The DB4 GT Zagato Continuation programme has been our most challenging and rewarding to date, and it is a genuine honour to see the fruits of our not inconsiderable labours making their way to owners around the globe."

The original DB4 GT Zagatos were built to take on the dominant GT racing Ferraris in the 1960s but rarely reached the successful heights of the Italian machines. It was produced between 1960-1963, and had its production run cut short – a total of 25 were planned, but only 20 ended up being produced – one more than the continuation run.