Official renderings, but the real deal won't be this attractive.

Unless Kia has plans that we’re not aware of to spin off the Optima into a sleek coupe, these fresh teasers are a case of when something is too good to be true. Spy shots from August revealed the next generation will stick to the midsize saloon formula, so these renderings published by Hyundai South Korea on Facebook are just the automaker’s way of building up hype ahead of the car’s imminent local reveal as the K5.

After Hyundai upped its styling game in this segment with the gorgeous Sonata, Kia will be doing the same with its sister model. Yes, it won’t be nearly as dramatic as these new sketches are suggesting, but our own renderings based on more eloquent teasers released in recent days depict an attractive saloon with sharper styling. We’re particularly fond of the headlights with their funky Cadenza-esque “L” LED daytime running lights as well as by the slim taillights stretching across the fastback-like rear end.

The heavy sloped roofline teased here won’t have a correspondent on the actual production model, but the 2021 Optima is expected to boast some coupe traits to enable a more exciting profile. We’d be interested in seeing a real coupe derived from the saloon, but we wouldn’t get our hopes up too high as it would make more sense for the sportier Stinger to lose the rear doors yet there’s no sign of that happening.

We already know there are going to be some important changes inside the cabin where Kia will significantly change the dashboard by merging the digital instrument cluster with a wider infotainment system. The lower centre console will lose the bulky gear lever for a much smaller rotary shifter, while some of the buttons will be erased since their respective functions are going to be built into the touchscreen display. 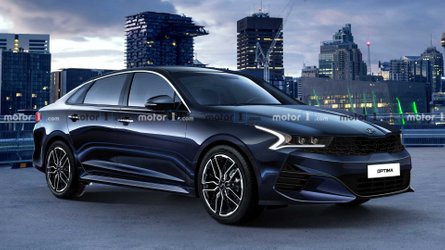 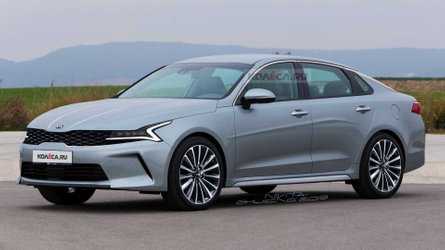 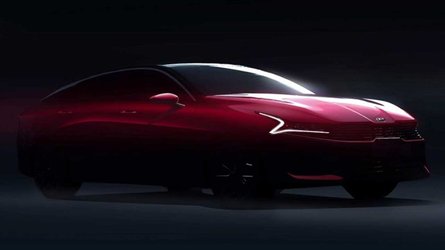 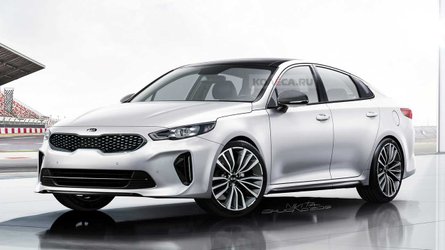 While the KDM-spec K5 is expected to debut anytime, the Euro-spec Optima will probably be revealed next year.