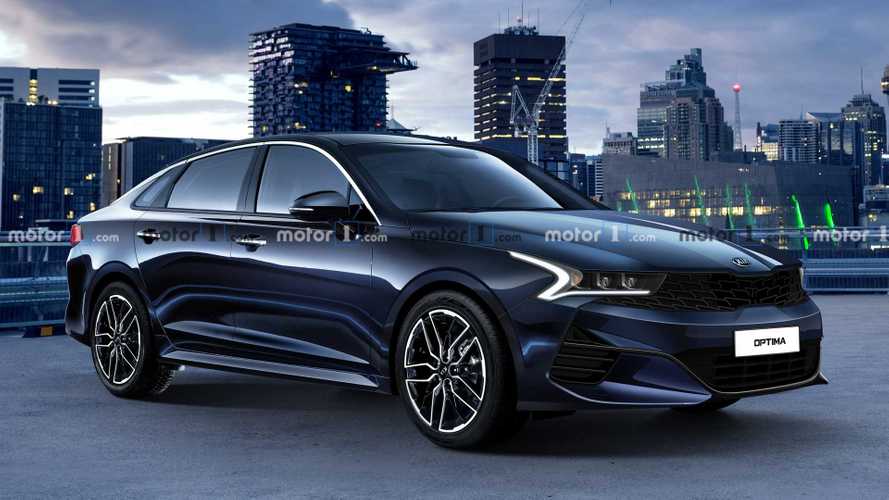 At the very end of October, Kia dropped a teaser for its upcoming K5 saloon. You'll probably recognise that better as Optima – it's known in South Korea as the K5 – but it’s still a glimpse of Kia’s next-generation mid-size model. It took us a bit by surprise with its swooping lines and wider, narrower Tiger grille, and though it was just a teaser, we were rather smitten with what we saw.

To get a better idea of what the future holds for the Optima, rendering artist Joao Kleber Amaral created these exquisite designs based on the teaser. The Kia shares its underpinnings with the new 2020 Hyundai Sonata and we can see a similarity in the overall shape, especially with regards to the gentle slope of the roof. The look is more reminiscent of a sportback, but the nose of the new Optima is where the exciting stuff takes place.

The teaser emphasised Z-shaped daytime LED running lights outlining the headlamps, and that’s carried over in these renderings to full effect. The Tiger grille is also a bit more prominent than what we saw in the teaser, but it still ignores the current trend of large single-space grilles, which in this case is a good thing. It further serves to separate Kia’s design language from Hyundai, and in this light, we see the Optima as the sportier choice versus the Sonata.

One thing the renderings don’t do is provide a glimpse of the interior, but Kia’s teaser took care of that for us. The next Optima looks to gain a digital cockpit with a minimalist layout mostly free of buttons, and like the exterior, it looks quite sleek. It’s a stark departure from the current Optima, which isn’t a bad place to travel by any means but does appear a bit dated.

Speaking of dates, we saw our first Optima prototype testing in August and it was still wrapped in heavy camouflage. Kia’s teaser points to the new car arriving for the 2021 model year, so an official reveal in late 2020 or early 2021 is likely. Based on the spy shots and teaser, we expect it will look a lot like this and as far as we’re concerned, that not a bad thing at all.