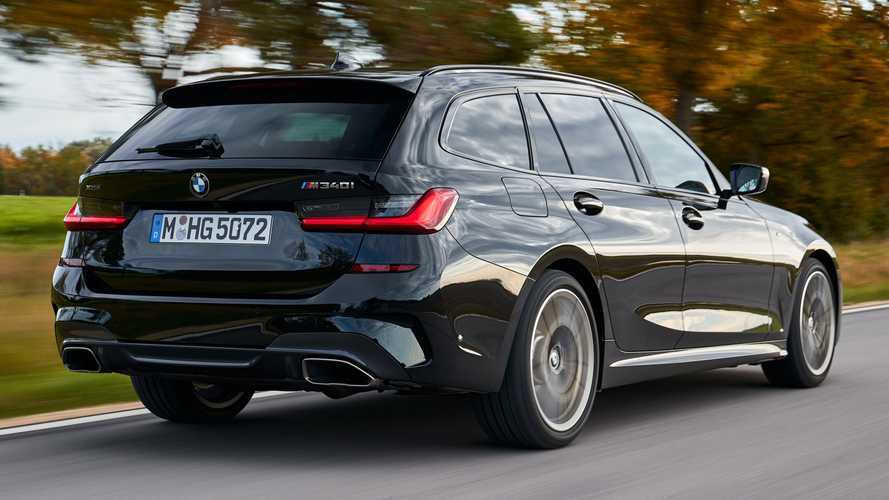 Look away, America. You're not getting this one either.

Thankfully, unlike in the United States where diesels and estates are few and far between, demand for the practical long-roof model remian strong in Europe, and according to the latest rumours BMW is about to add a diesel performance version.

According to a report published by our friends at BMWBLOG, their favourite brand is going to launch early 2020 an M340d xDrive Touring to serve as a diesel alternative to the petrol-fuelled M340i pictured here. It would likely have virtually the same design inside and out, but with a straight-six 3.0-litre diesel underneath the bonnet. Borrowed from the X3 M40d / X4 M40d crossovers, the engine is expected to churn the same 321 bhp and a massive 501 pound-feet of torque.

Interestingly, the report claims BMW will sell the hot diesel exclusively as a Touring model and only with xDrive. There aren’t any details about performance, but considering the X3 M40d needs 4.9 seconds for the 0-62 mph, the M340d xDrive Touring could complete the task in 4.8 seconds or maybe even 4.7s given what will probably be a slightly lower curb weight. If the engine will be carried over unchanged, it means the full amount of torque is going to kick in at 1,750 rpm and the straight-six will have multi-stage turbocharging.

All Hail The Touring:

Alpina B3 Touring debuts as the ultimate compact performance estate

BMWBLOG says the diesel M Performance version of the 3 Series estate will be launched in Europe next March, so we might see it that month at the 2020 Geneva Motor Show. It’s probably going to cost more than the petrol variant, which retails from £48,555. As for a full-fat M3 Touring, we wouldn’t hold our breath.