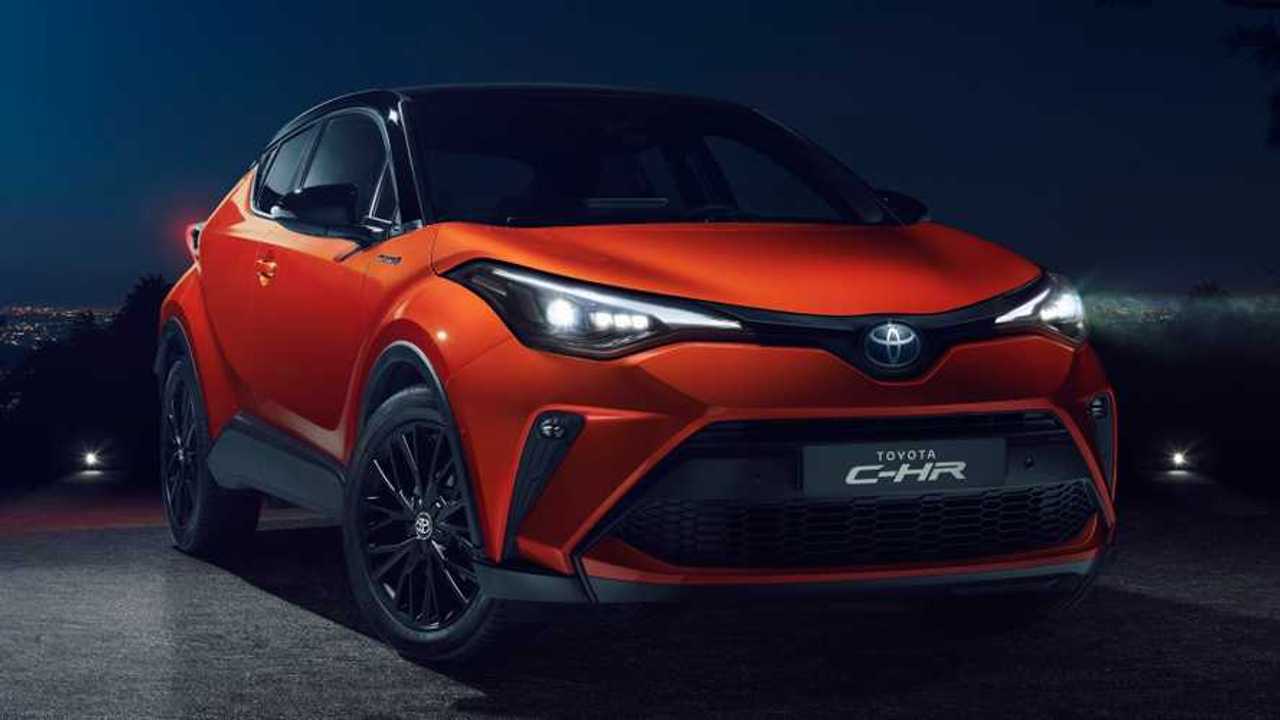 More on the new C-HR:

When the facelifted car was revealed earlier this year, Toyota announced a switch to two hybrid powertrains, with the existing 1.8-litre hybrid system joined by a more powerful 2-litre version. At the same time, the Japanese company fitted an updated interior and revamped the exterior styling.

Now, customers get to choose between two engines and four trim levels, plus a high-end special edition that’s limited to just 500 units. For the entry-level asking price of £25,625, though, buyers will have to make do with the basic Icon model in 1.8-litre hybrid guise. That car comes with 17-inch alloy wheels, a reversing camera and two-zone climate control. The new infotainment system is included, too, with the Apple CarPlay and Android Auto smartphone connectivity systems.

Moving up the range to the Design model adds larger 18-inch alloy wheels, automatic windscreen wipers and rear privacy glass. Front and rear parking sensors are thrown in, too, alongside keyless entry, heated seats and satellite navigation. There’s also some extra safety tech, in the shape of sonar-based autonomous emergency braking, which slams on the anchors if it detects an impending accident.

Going for the Design model also opens up the option of the 2-litre powerplant. Where the 1.8 produces 120bhp from its combination of petrol and electric motors, the 2-litre gets a heady 182 bhp. That does come with a slight emissions and economy penalty, but the trade-off is relatively small considering the power increase.

Climbing higher still brings you to the Dynamic model, which gets yet more safety kit, with blind-spot monitoring and a system that detects oncoming traffic when you’re reversing out of parking spaces, plus some visual upgrades. There are model-specific wheels, a black roof and metallic paint as standard, not to mention a host of lights including LED fog lights and adaptive LED tail lights.

Finally - or almost finally, at least - there’s the Excel version, which will eventually crown the range. That car justifies its position with leather upholstery and a heated steering wheel, as well as a power-adjustable driving seat.

However, for a while, you’ll be able to go one notch higher with the Orange Edition. Marked out by its orange paintwork, it comes with all the goodies you get in the Excel, plus a JBL audio system. Toyota says availability is limited to 500 examples, and all will feature the 2-litre hybrid powertrain.