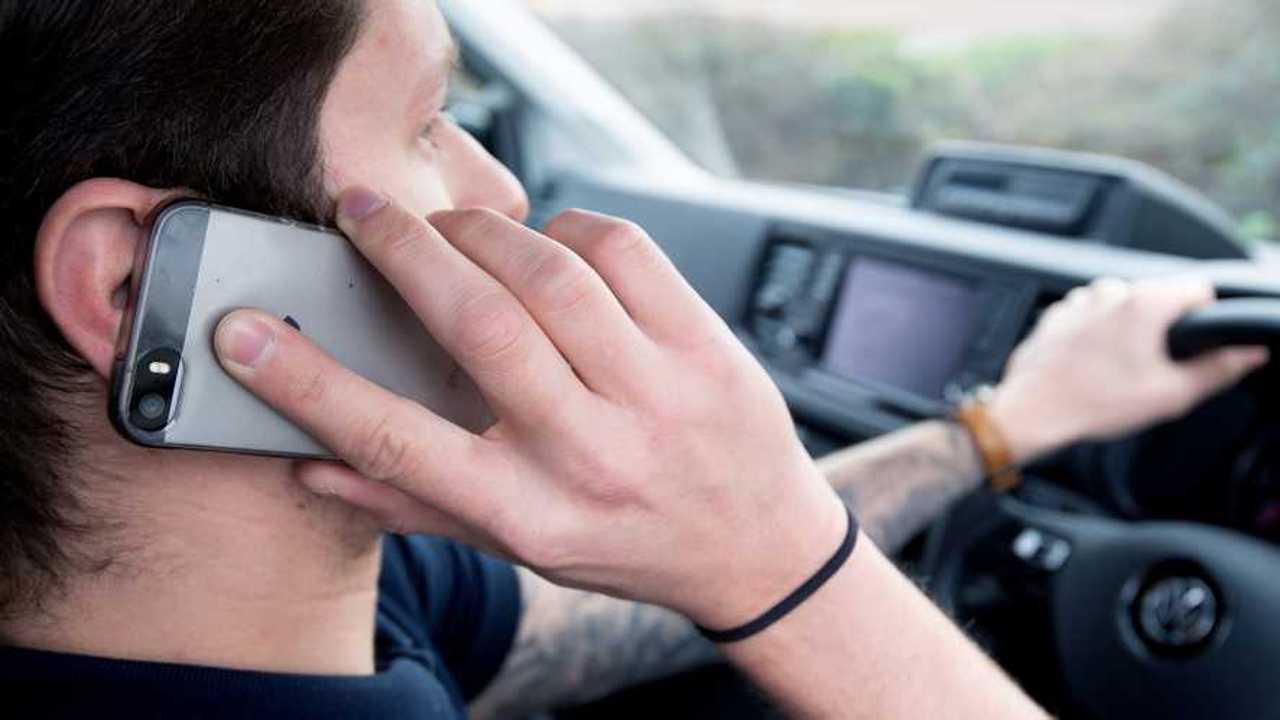 But figures suggest the number of offenders is falling.

British drivers find other motorists’ use of mobile phones the most annoying habit on the road, despite figures suggesting there are fewer offenders.

That’s the finding of a study by vehicle repair chain Kwik Fit, which quizzed more than 2,000 motorists on their biggest bugbears. The survey found that other motorists using a mobile phone handset to talk, text or use social media is among the top five most annoying habits for 56 percent of drivers.

More on mobile phone use while driving:

No other habit was placed in the top five by more than half of respondents, although tailgating made it into 50 percent of top fives, while failing to indicate irritated 49 percent or those surveyed to such an extent that it made their top five concerns. Dangerous overtaking, meanwhile, was listed by 38 percent of respondents.

The findings come after the government announced a review into the laws on mobile phone use while driving, with the Transport Secretary, Grant Shapps, pledging to close “a legal loophole” that allowed drivers to escape punishment for using a handheld phone as a camera while driving. Shapps said the changes to the law would “reduce accidents” on British roads.

However, Kwik Fit has uncovered government figures suggesting the number of motorists receiving penalty points for using a mobile phone behind the wheel is falling. The data, which was obtained through a Freedom of Information request, shows a drop in the number of drivers committing a CU80 offence, defined as a ‘breach of requirements as to control of the vehicle, such as using a mobile phone’. Between 2017 and 2018, the number of people getting penalty points for such offences fell by 19 percent.

The figures Kwik Fit obtained followed a law change that saw penalties for mobile phone use double. In March 2017, the government changed the maximum penalty to a £200 fine and six penalty points - enough for a motorist to lose their licence if they received the penalty during the first two years of their driving career.

Roger Griggs, communications director at Kwik Fit, said the official figures should not make room for complacency, and closing legal loopholes could see the figures rise once more.

“The research clearly shows that actions of other drivers which annoy us the most are those which put people’s safety at risk on the road,” he said. “There is no excuse for using a handheld mobile phone when driving, whether it’s for a call, texting or checking social media.

“The fact that the number of drivers receiving penalty points for using a mobile when driving has fallen should not make us complacent, and if the government does change the law to close loopholes we are likely to see those figures rocket back up again, especially if police forces continue to use innovative techniques to catch drivers breaking the law.

“It’s vital for road safety that we make using the phone when driving as socially unacceptable as drinking and driving. Until we have fully autonomous vehicles, anything which diverts a driver’s attention from the road is a risk to their safety and those of the road users around them.”