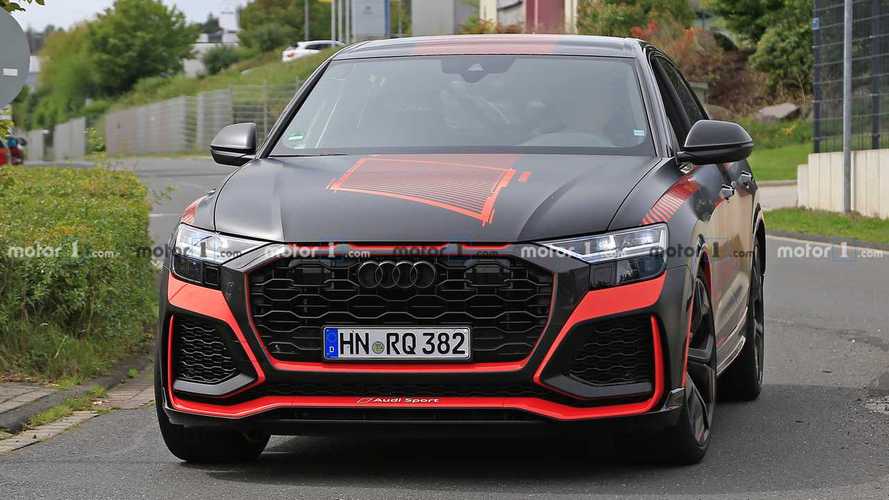 The Mercedes-AMG GLC 63 S has been dethroned.

The rumours were true – say hello to the Lord of the Ring among SUVs. With an official time of 7 minutes and 42.2 seconds, the Audi RS Q8 has established a new record for the fastest production SUVs at the Nürburgring by dethroning the Mercedes-AMG GLC 63 S. The high-riding model from Affalterbach established the now fallen record nearly a year ago when it lapped the Nordschleife in 7 minutes and 49.3 seconds.

The RS Q8 hasn’t even been properly unveiled yet, but it’s already setting records. It’s been a busy year for Audi Sport taking into account the release of the RS Q3, RS Q3 Sportback, RS6 Avant, and RS7 Sportback, but there’s one more RS to come as the flagship version of the Q8 is going to be released later this month.

The sporty luxobarge will inherit the twin-turbo 4.0-litre V8 from the aforementioned super estate, meaning it’s going to pack 592 bhp and 590 pound-feet of torque. It’ll do 0 to 62 mph in 3.8 seconds and top out at 190 mph, which isn’t half bad considering the RS Q8 will weigh just about as much as the moon.

Autocar had the opportunity to learn more about Audi’s largest and sportiest SUV to date, which will carry over the air suspension and the 48V anti-roll bars from the warm SQ8 released earlier this year with a diesel engine in Europe. Wheels as large as 23 inches will be available with 295/35 ZR23 Pirelli P Zero rubbers, as will be a torque-vectoring rear differential and all-wheel steering. Compared to the SQ8, Audi Sport’s engineers are going to stiffen up the suspension to make the RS Q8 more agile when going around the corners.

The king of Audi SUVs:

Spy shots have already revealed the styling changes will be subtle compared to the lesser Q8 versions, with only a discreet body kit and the typical oval exhausts to set the RS version apart from the others. There’s also going to be some carbon fibre trim around the lightly updated front grille, while at the back the RS version will boast a sporty diffuser. Inside, the driver’s display has some RS-specific screens and a few other niceties reserved for the cream of the crop.

With Audi confirming a November debut for the RS Q8, we might see the fastest SUV ever created by the Four Rings at the Los Angeles Auto Show in the latter half of the month.