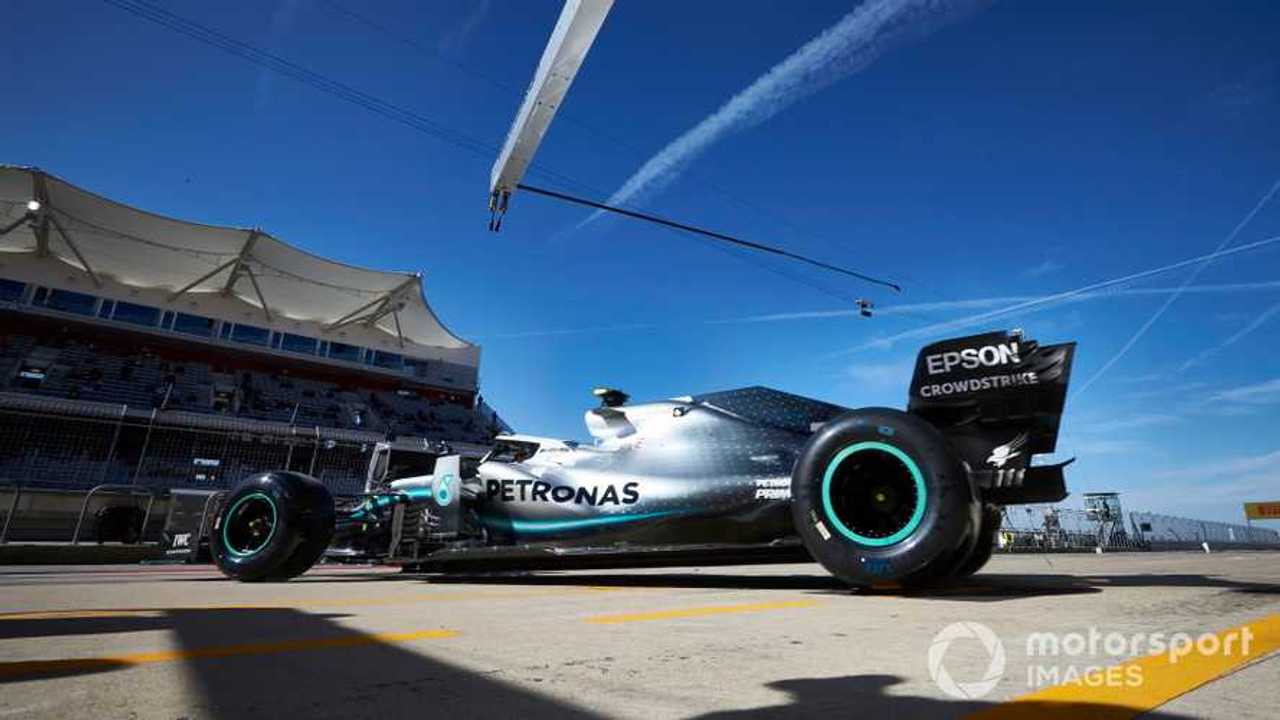 Pirelli's new 2020 Formula 1 tyres could be abandoned after drivers were critical of them following tests in United States Grand Prix practice.

All drivers were given two sets of the 2020 tyres on Friday in Austin, with most reporting an unexpected lack of grip, albeit in cold conditions and on a green track.

Concerns about whether or not the tyres would be an improvement was discussed by the team bosses in their regular Saturday morning meeting with F1 chief Chase Carey.

The consensus was that data from the Friday running should be studied further – and if the results are not positive then an early decision should be made to stick with the proven 2019 tyres.

The call could potentially be made even before the teams try the new tyres again at the two-day test in Abu Dhabi on December 3-4.

In Austin, leading team bosses agreed that if it is found that the 2020 rubber has not delivered gains in the areas that were focused on then it would be better to stick with the 2019 versions.

"I think the behaviour of Friday was quite different to the one we had in Barcelona when we tested them," Ferrari's Mattia Binotto said when asked about it by Motorsport.com.

"The new tyres we tested were not due to be faster, we were not due to have better degradation, but in terms of working range and overheating, have a better behaviour. So we need to go through it.

"What we will not be in favour is them not matching what should be the targets, certainly. The feeling and the feedback of the drivers so far was not positive."

"The tyres weren't a positive step here this weekend, and I think that was unanimous up and down the pitlane, but we have agreed to take a couple of days to study data and try to understand why. I think we will stick with what we have if what is proposed isn't better."

Otmar Szafnauer of Racing Point believes that it's inevitable that the 2020 tyres will be abandoned.

"I think that's the most likely outcome." he told Motorsport.com. "The 2020 construction really didn't deliver what they said they were going to deliver, and it's more risky that the value that it could deliver, so I think we've got no choice but to go back. Ask the drivers – it didn't do what they said it was going to do."

Pirelli F1 boss Mario Isola insisted that Austin was not a representative test, and that more would be learned in Abu Dhabi in December.

"The track was very cold, the cars are designed to fit the current tyres, we had no long runs, and the new tyre has been designed mainly to reduce the overheating, and that means being more consistent on a long run, and this is something you cannot check in five laps," Isola told Motorsport.com.

"I'm sure that with the two days that we have in Abu Dhabi we will have a more representative test, we will have the time to set up the car, to check the new profile, are they losing some points of downforce, all this kind of stuff."

Regarding the possibility of reverting to this year's tyres, Isola said: "Nothing is impossible. It's a bit strange, because the 2019 tyres have been criticised at the beginning of the season, and we put a lot of effort into developing something new.

"And during the development, we had positive results. If we go back to the 2019, and if the new tyre is evaluated in a negative way, we need to understand why.

"We cannot test for one year, with a certain result that is correlated from test to another, and then suddenly we have a result that is completely different. Otherwise it's a never-ending story, and we never progress."