2021 BMW iNEXT spy photos give us our first peek inside 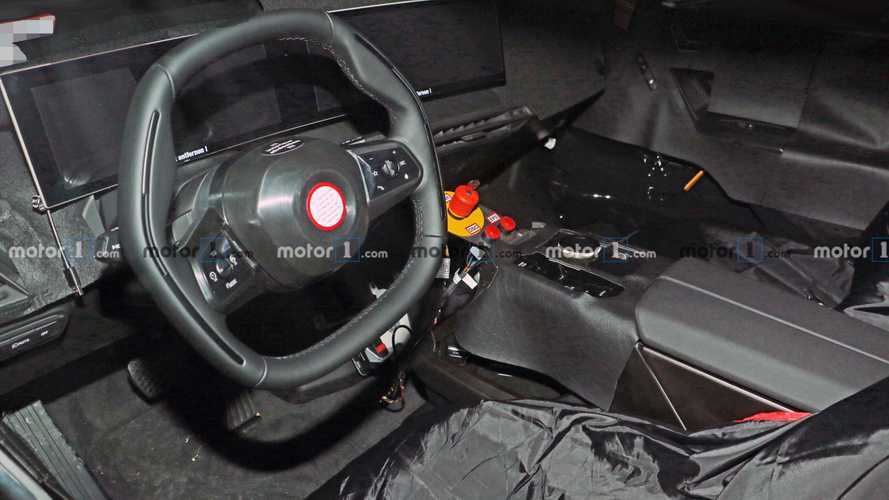 And it’s sporting some trick electric door handles, too.

BMW isn’t keeping the iNEXT, or iX5, or whatever it’ll call its electric SUV, a secret. The automaker’s official teaser campaign started in March and hasn’t stopped. Since then, iNEXT spy photos have shown the car’s development progress, appearing almost production-ready in July. Today, we have new spy photos below that give us our first clear look inside – even though BMW has teased the electric SUV’s polygonal steering wheel. These photos show much more than that.

Check out the BMW iNEXT from every angle:

Dominating the dashboard is a curved display that will house the controls for the entertainment system, navigation, and climate controls. The photos also reveal the dash and centre console are not connected either. Gone is the traditional gear shift selector. Instead, it appears there's a small switch control in its place; however, it could be a stand-in for a different final design feature. While we do get to see a lot of the iNext’s interior, there’s still plenty of camouflage hiding much of the design.

The spy photos also give us a peek at the door handles. While Tesla and Mercedes have opted for pop-out handles, BMW has gone a different direction with small handles with an electronic switch inside. It’s the same door handles BMW will use on the i4 and next-generation 4 Series Gran Coupe.

There’s a ton of information BMW is keeping under tight wraps ahead of the electric SUV’s reveal. We know zero powertrain information. However, there’s a good chance BMW will offer the EV with several power and range options. BMW has yet to pick or reveal the model’s name, too. Either way, we’re still months away from a reveal as this won’t arrive at dealerships until the 2021 model year. Expect BMW to allow the trickle of information and teasers to continue right up to the reveal itself.