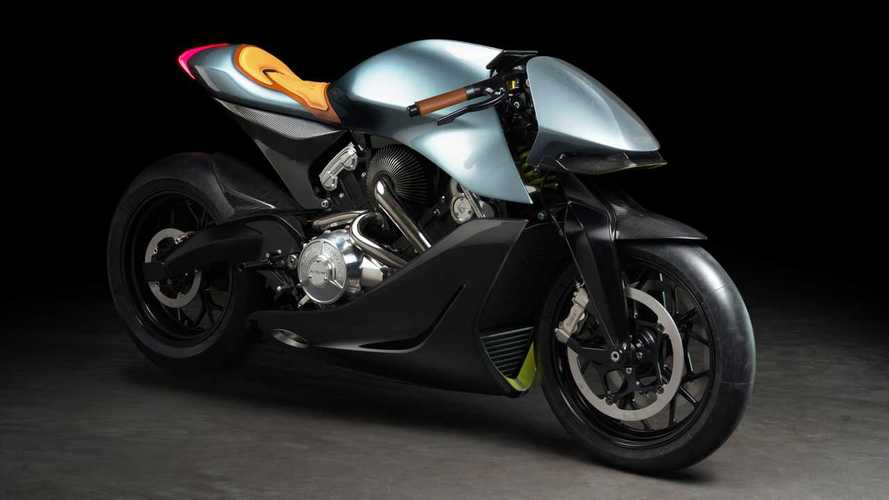 Aston Martin and Brough Superior just unveiled their very first collaboration, the AMB 001, at EICMA 2019. According to both manufacturers, this is just the start of their partnership, and we should expect more from this collaboration in the future. For now, though, let’s take a look at this super-limited-edition track bike.

Can you ride a motorcycle in a kilt?

The AMB 001 is meant as a collector’s item for track use only, and only 100 of these are being made. As you might expect, materials used include copious amounts of carbon fibre, titanium, and billet aluminium. Aston Martin racing colours adorn the finished design: Stirling Green, Lime Essence, and matte black wheels, forks, and brake assemblies. Each saddle is elegantly hand-stitched in Oxford Tan leather.

Power comes from a 180 hp turbo-charged V-twin engine, but no torque figure has been provided at this time. Dry weight of the bike is 180 kg. Each bike is hand-assembled at the Brough Superior factory in Toulouse, France.

Unfortunately no spec sheet was provided regarding details on individual components for this particular track-focused bike. No mention of any of the type of electronic rider aids one might expect on a modern track bike was made, either. However, a brief examination of these photos tells us at least a couple of things of interest.

For one, the front suspension doesn’t appear to be telescopic. Instead, it resembles something more akin to a BMW Duolever setup. We can’t say for certain that’s what it is, but it’d be awfully interesting if that’s what’s in there, since that design was patented by British inventor Norman Hossak in the first place. Additionally, there don’t appear to be any ABS sensors—but again, this is a track-focused machine, so perhaps they were deemed unnecessary.