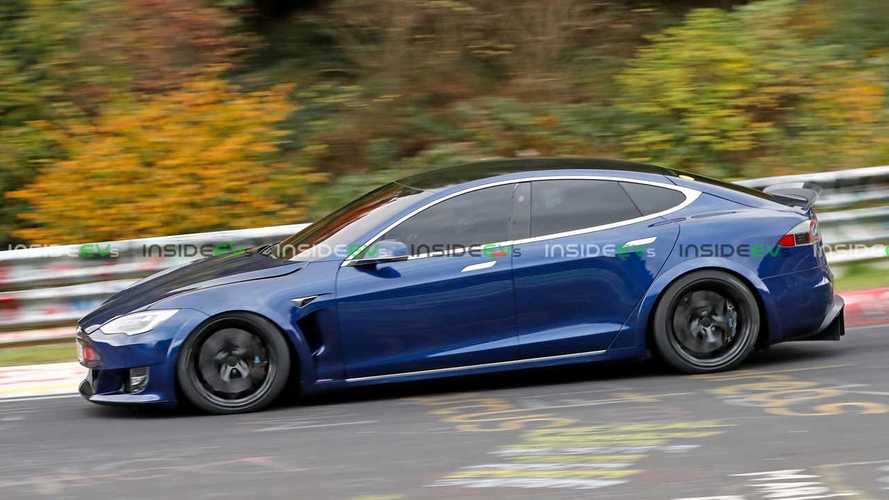 It's an unofficial time, but still it shows that the Model S Plaid is no joke.

The Tesla Model S Plaid reportedly lapped the Nurburgring in a time of just 7 minutes and 13 seconds. That's 29 seconds less than the Porsche Taycan's time.

After the first round of testing at the Nurburgring, Tesla returned home to tweak its Plaid Model S cars a bit. The Plaid then returned to the Nurburgring for round two of testing. Those tweaks apparently paid off as now the Plaid is capable of some crazy quick times around the 'Ring.

At 7 minutes and 13 seconds (unofficially), the Model S Plaid beats the time set quite a while ago of 7 minutes and 42 seconds for the Porsche Taycan. The 7:13 is still a bit off the time Tesla claims the Plaid Model S is capable of, but it's an impressive time nonetheless.

Somehow they (Tesla) managed to get hold of a piece of free track and were able to burn twice 7:13 minutes into the asphalt from our local source, hand-stopped.

When Tesla first showed up at the 'Ring with the Model S Plaid, everyone thought it was simply a one-off car with no intention for production. However, that quickly changed as Tesla CEO Elon Musk later announced that a Plaid Model S is production bound, which means that buyers will actually be able to own this insane electric car, but it surely won't be cheap.

Check out our extensive photo galleries of the Tesla Model S Plaid below: