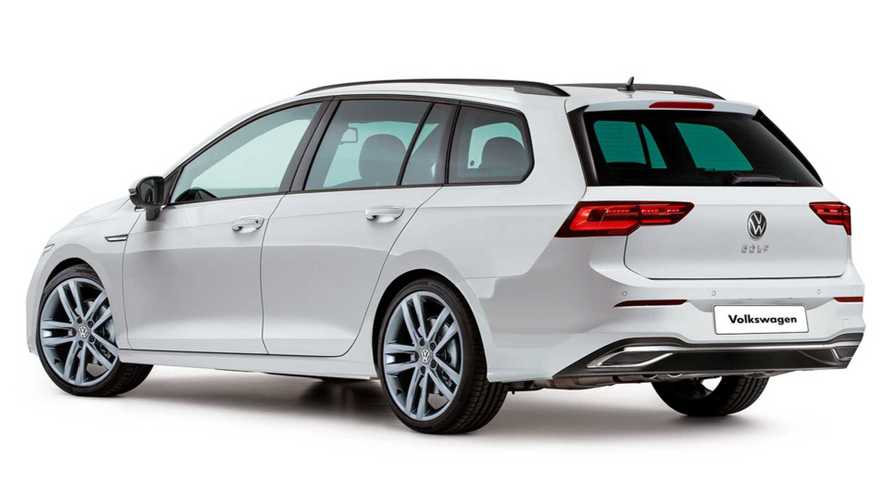 The Golf Variant will likely be launched in Europe next year.

VW’s reveal of the Golf 8 has opened the floodgates to speculative renderings of future derivatives, such as the GTI hot hatch coming in 2020. Also next year, we’re expecting to see the more practical estate in Europe where it’s known as the Variant, depending on where you live. It’ll be a different story in the United States where VoA has announced it won’t sell the long-roof model known as SportWagen, nor will it offer the rugged Alltrack.

With the new Golf hatchback going through a mild design evolution with the much-awaited generation switch, it will be a similar story with its estate counterpart as the styling won’t change all that much. The speculative rendering pictured here courtesy of Kleber Silva could probably pass off as the real thing since we have a feeling the official images are going to be strikingly similar, right down to the fake dual exhaust tips.

If there’s one thing estate buyers want, it’s more cargo capacity. The previous VW Golf Variant offered a generous 605 litres with the rear seats in place, but sister model Skoda Octavia will have a cavernous 640 litres in the new generation due to be unveiled in less than a week. It’s unclear at this point whether Wolfsburg’s family car will have more space in the back since VW hasn’t even released the numbers for the five-door hatchback yet.

Another piece of the puzzle we’re missing is whether the Golf estate will once again be offered in a high-performance R version like its predecessor. With more than 300 horsepower, all-wheel drive, and plenty of space, it’s easy to understand why some people consider the Golf 7 R Variant as the all-in-one car and are looking forward to seeing a new one.

Here are some imaginary Golf 8 versions:

VW has said no to a GTI estate since the company believes the badge makes the most sense on hatchbacks. We wouldn’t hold our breath for a long-roof GTD either, but at least there will be a diesel performance hatch slated for a 2020 release as well. Add into the mix a possible Golf GTE estate with 245 electrified horses and there should be a Golf out there for everyone.